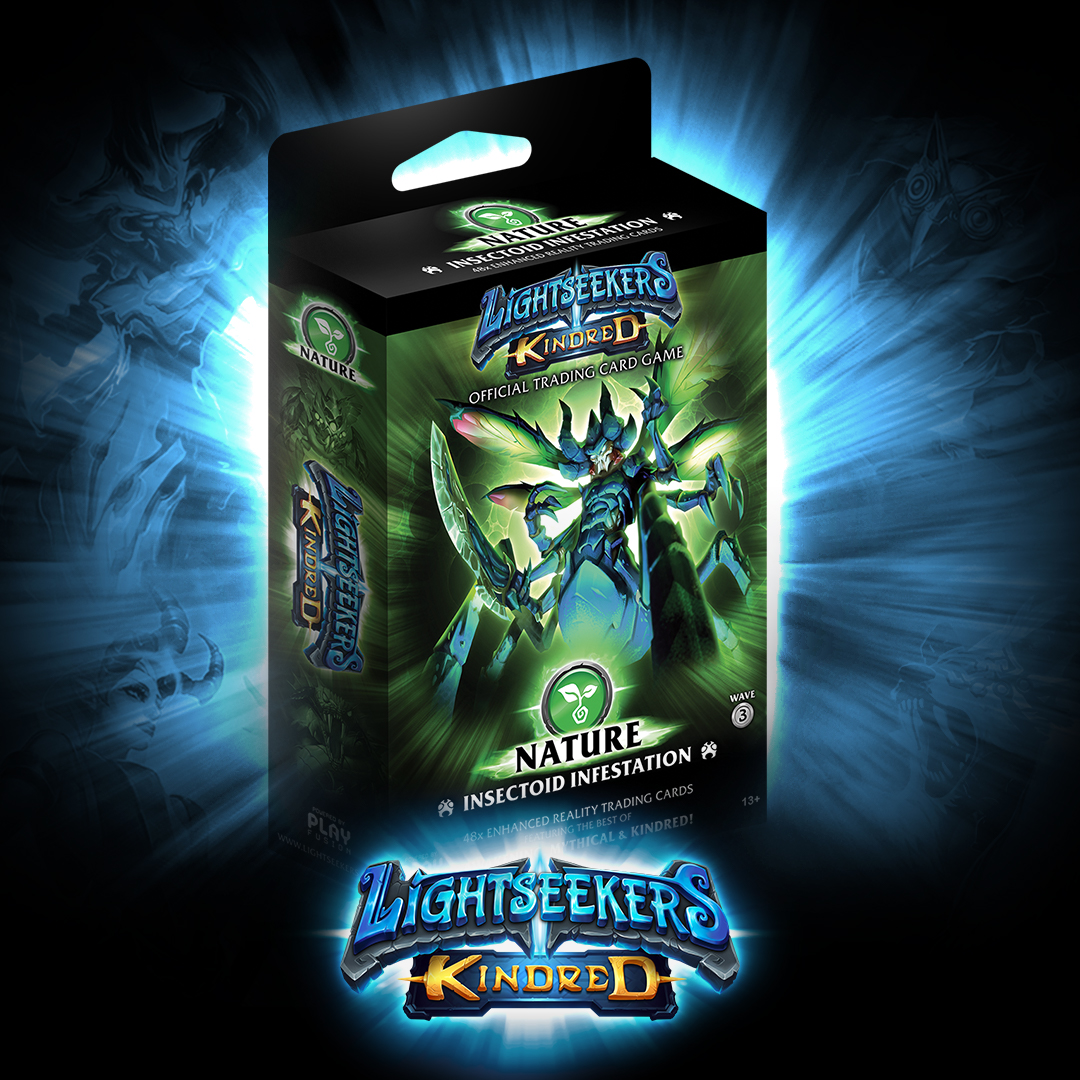 This week we’re going to be taking a look at the Insectoid Infestation pre-constructed deck. At the forefront of this swarm is the powerful Hiveking Ixxa, exclusive to this deck, who, when threatened, summons his Insectoid allies to battle! 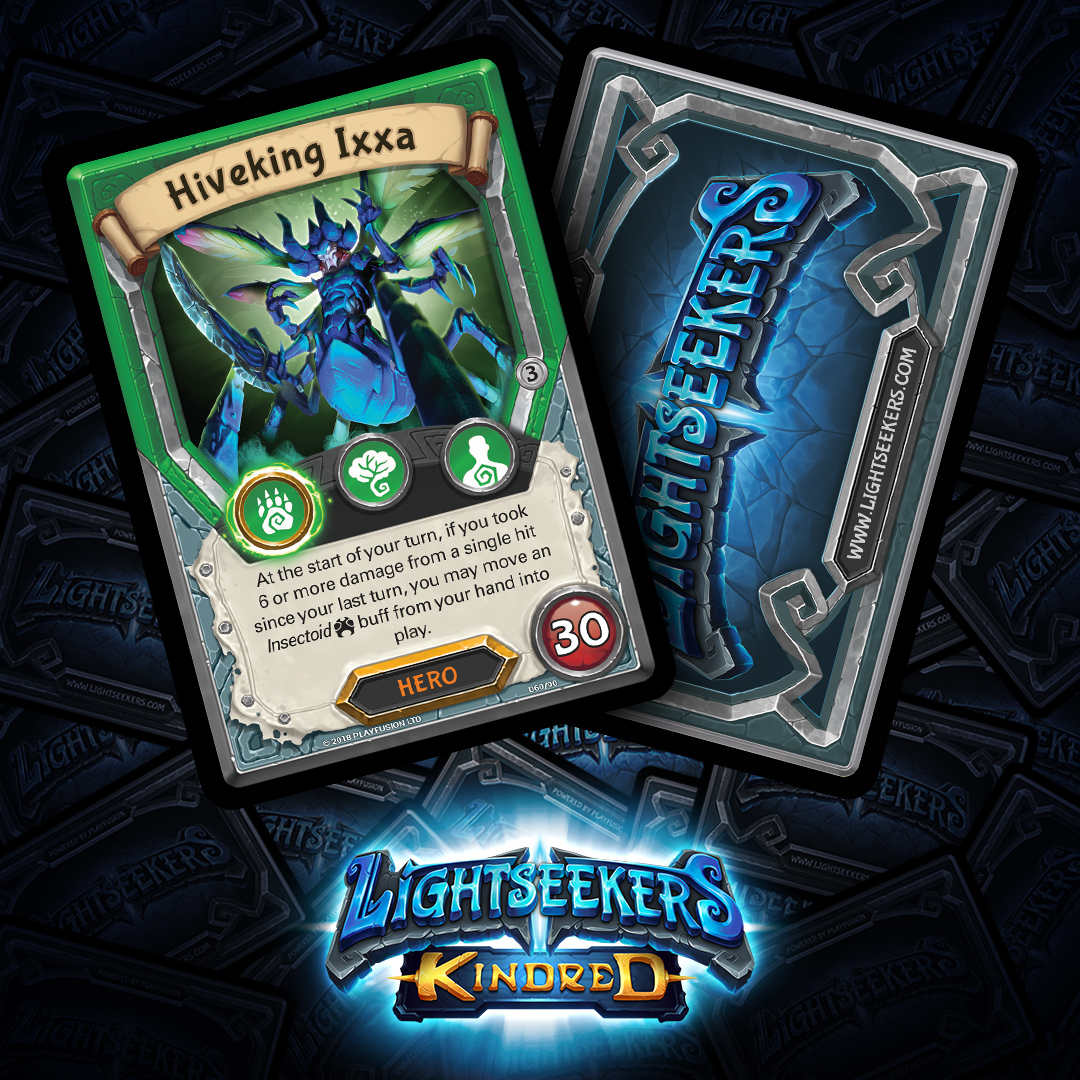 Sporting 30 Health, and Superiority in the Animal Element, which is perfect for all the Insectoid cards you will need to take advantage of Ixxa’s Trait. When you take 6 or more damage in a single blow, perhaps from a Magma Spitter or Looper, or even a Combo like Electrified Deluge or Vine Lash; Ixxa will allow you to drop in an Insect Swarm or Mantix Hatchlings at the start of your turn. With the order in which effects trigger, the aforementioned Insect Swarm or Hatchlings will land just in time to trigger their own effects immediately!

Though many of them are fearful of insects, the wise Sages have brought us a tale of Hiveking Ixxa:

I see it, Vela; that glint in your eyes, a hunger to understand the unknown. It has driven our people for generations, but tonight I fear your quest for knowledge will result in little more than stern words from your father.

Oh, child, already you know how to get your way, you know this old lady loves to share a tale or two. Very well then, one last story before you sleep.

Maybe you’ve heard it at night when the world is at peace. The scratching that comes from deep within the earth. Or perhaps you’ve felt the ground moving, shifting like the tide, if only for a moment?

Earthquakes? Oh no, child, those tremors are not caused by anything as simple as the world’s breath; it is the march of the swarm.

Yes, the mantix. Once they would break through the soil in small packs, hunting for food. Now the earth teems with their presence. Versatile and deadly, the mantix have long found ways to adapt themselves to whatever environment they find themselves in, but now they move as part of a greater whole.

But what has brought about this change? Well, that is simple, their king has stirred. Do not look at me like that young lady, I may be long in years, but my mind is as quick as a corvid. I would not have believed it either, had I not gazed upon him myself, and what a creature he is!

He towers far above his subjects, wielding a blade as long as a tree, his crest home to a crown of horns. The mantix follow his every command without the need to utter a word. His eyes, glowing with the energy of the Rift. But that is not the most terrifying part of this story.

I have heard tales of entire villages, many no smaller than this, left deserted. Men, women, and children missing, but not a single object out of place; as if the very ground swallowed them up as they dreamed.

All of this leaves me with one uneasy thought: is the king truly the leader of this swarm or does something else lurk in those tunnels?

Wait, what is that I hear? Oh, I’m sure it’s nothing. Sweet dreams, granddaughter.

We’ve got another card to show off as well – one that will ensure that you have just the right Insectoid in hand to use with Hiveking Ixxa’s Trait. Introducing the Location card; Egg Chamber: 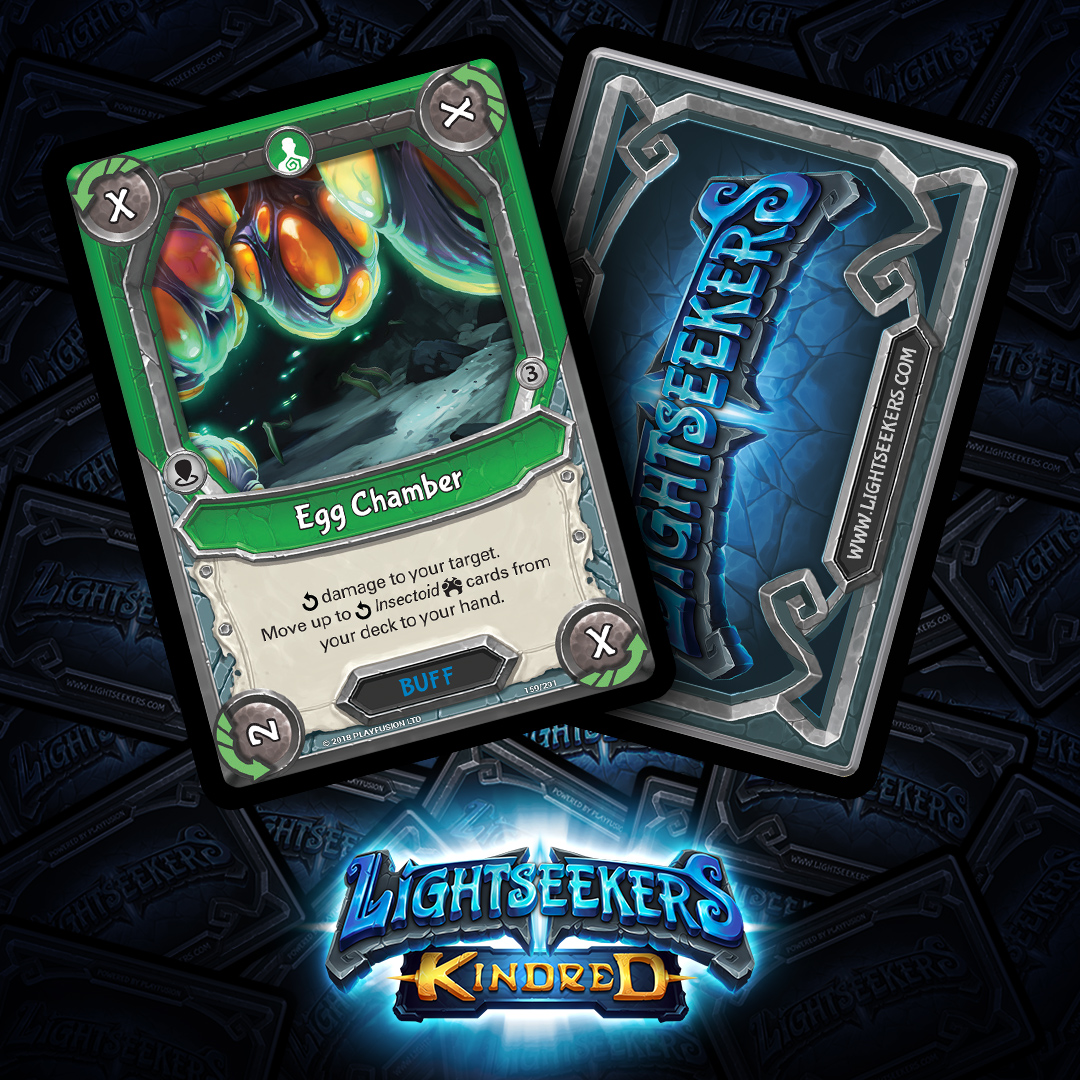 It takes a few turns to see what will hatch from the Egg Chamber – luckily when it does hit that final corner you will be able to choose from any of the Insectoid cards amongst your deck, and add two of them to your hand. Of course, there is no reason that Egg Chamber can only be used with Hiveking Ixxa; perhaps you will prefer to pair it with Great Daku and take advantage of their Hero Ability to get to the Egg Chamber’s payoff even sooner! Or maybe adding in a bit of the Lightning Element to your nature deck so that you can dig for your Zapper Bugs & Mantix Volters is more the speed. Whatever your Insectoid strategy ends up being, there is plenty that Egg Chamber has to offer.

Included here is the decklist for Insectoid Infestation – keep your wits about you as more skittering Insectoid spoilers await this week!

Discuss this further on the forums!