These changes are pretty large in scale, and as a result is something we are taking our time with. You can find our Developer Insight’s post here, which goes into detail as to our rationale. Below you will find examples and details of what we hope to achieve and we plan to achieve it. Read on!

As written above, we are making a pretty huge chunk of changes that will come with the introduction of rotation. The changes we want to make to card balancing range from minor errata, to rarity changes to full blown reworks of cards. But with all of these changes, we had 6 main goals we wanted to achieve:

Removal cards are going to be more even between Orders, this will essentially mean levelling the playing field between Orders that have more options than others when it comes to removal. An example below is Reckless Spirit, who will be getting a conditional way to add extra removal. 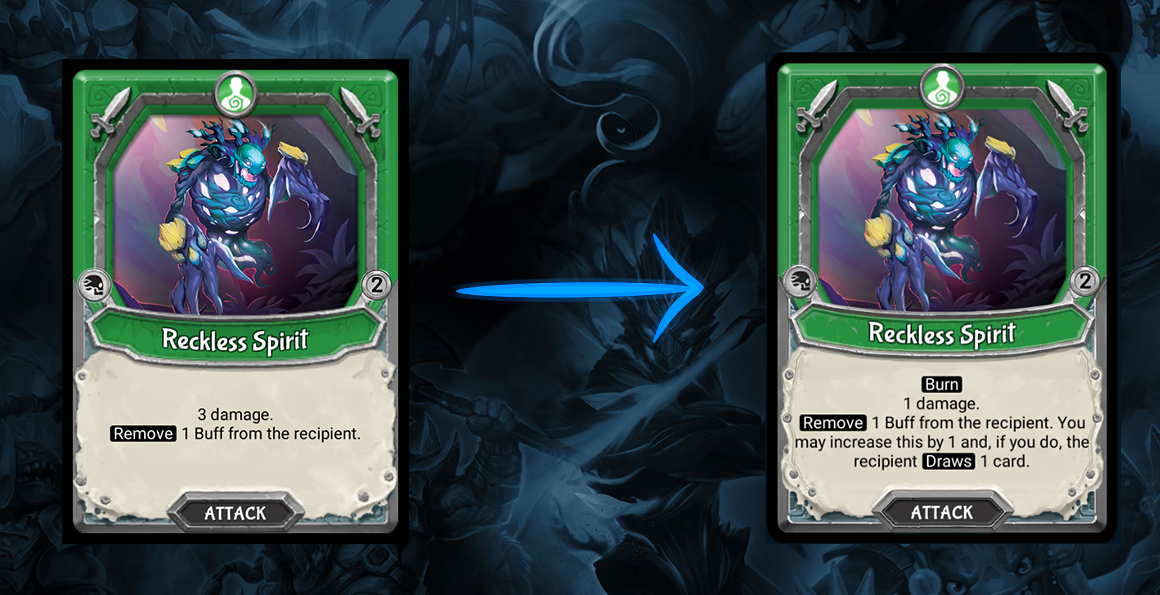 Stall and recursion decks have always been a very popular playstyle in Lightseekers, and we want to reduce the amount of card recycling that can be done to improve the variety of decks that are being played. One example of these changes is to Root Singer seen below. 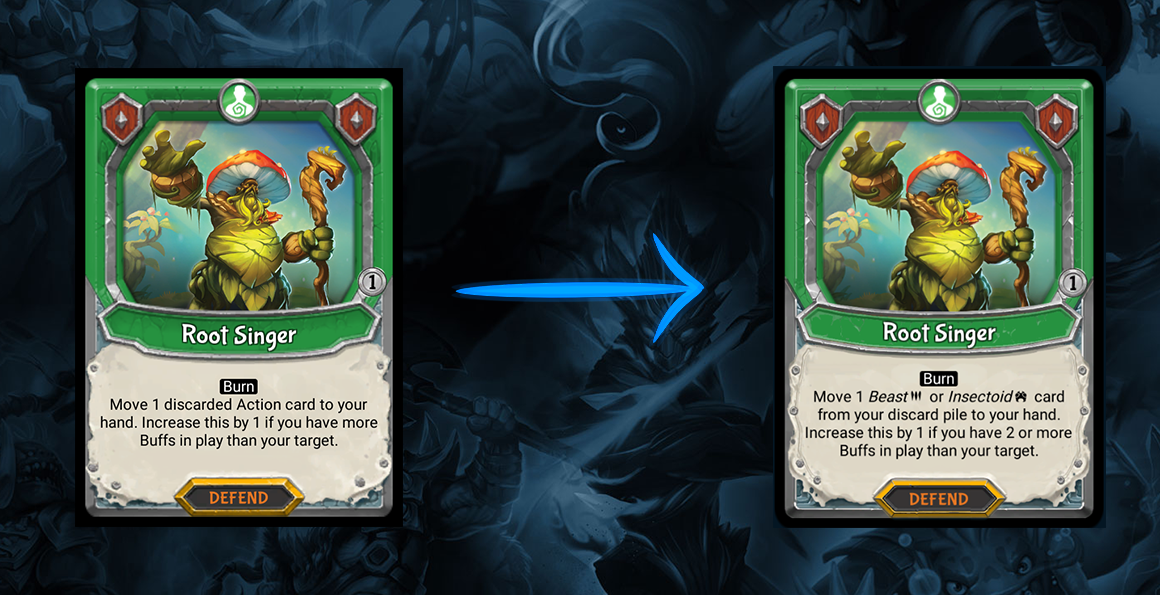 Looking at the current Hero cards in Lightseekers, we feel there are a number of ways that Heroes can manipulate their deck that is either too good, or not up to par. High Curator Arawn we feel is in the former category and is changing as detailed below. 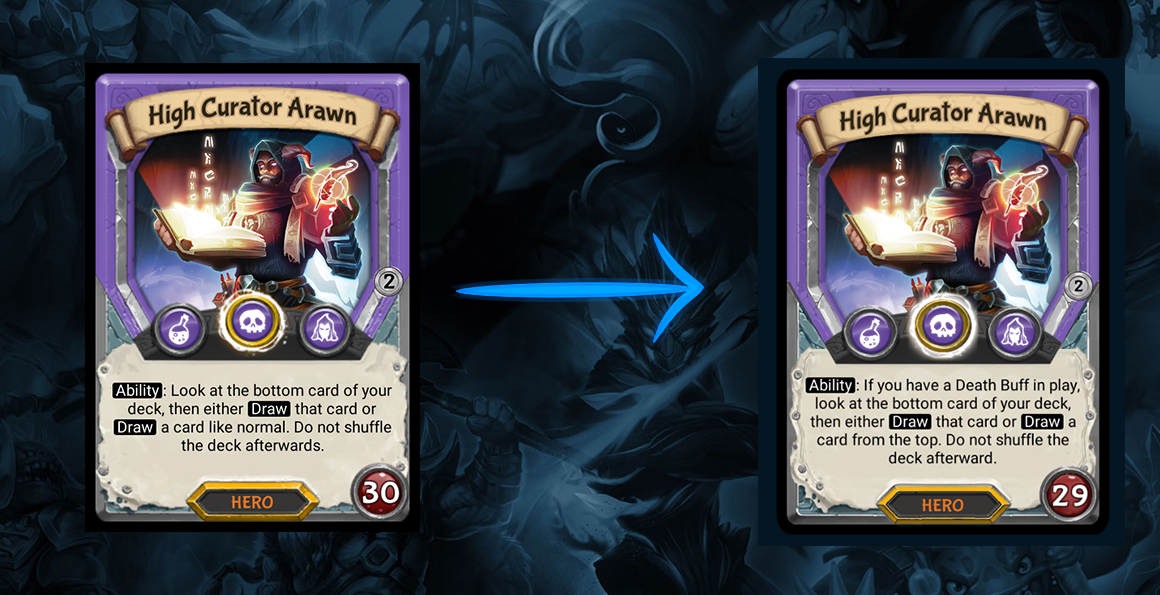 Looking at playstyles recently, we’ve seen that it is efficient and sometimes even preferable to run decks with mainly attack/defend cards in. In order to create more balanced play, we are looking at improving the synergy that buffs have with these cards as well as reduce the efficiency of attack/defend only decks. See an example of this change with Astral Priest. 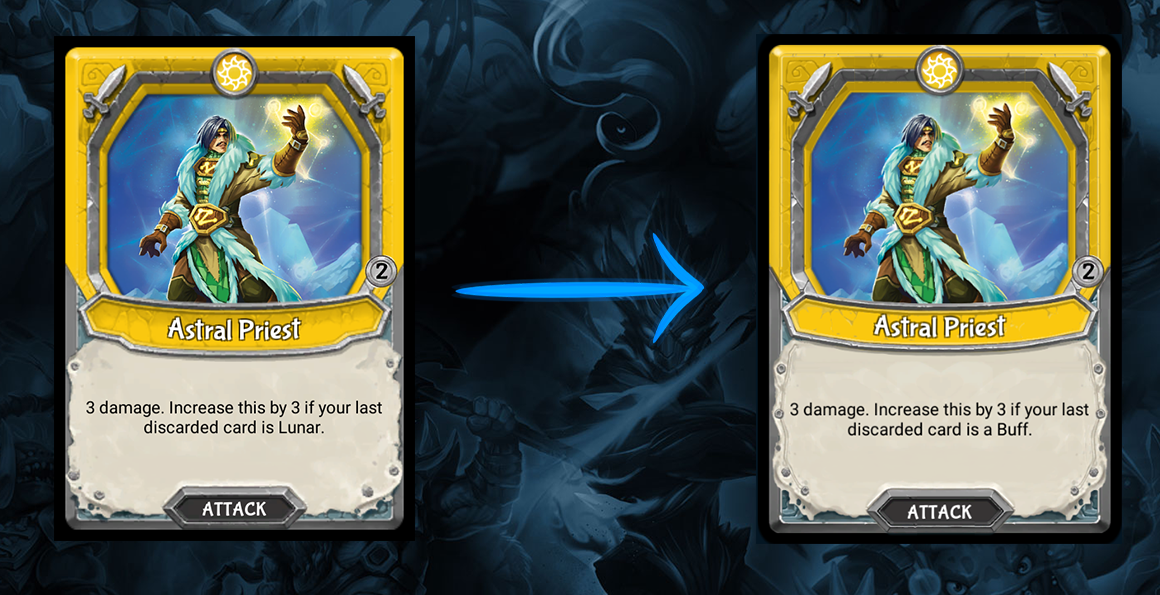 As sets have been released, the amount of survivability has increased in kind. We always wanted Lightseekers to feel fast and frenetic, and so to recreate that feeling we wanted to promote the ability to reduce survivability through healing. Conjurer’s Lab is one such example seen below. 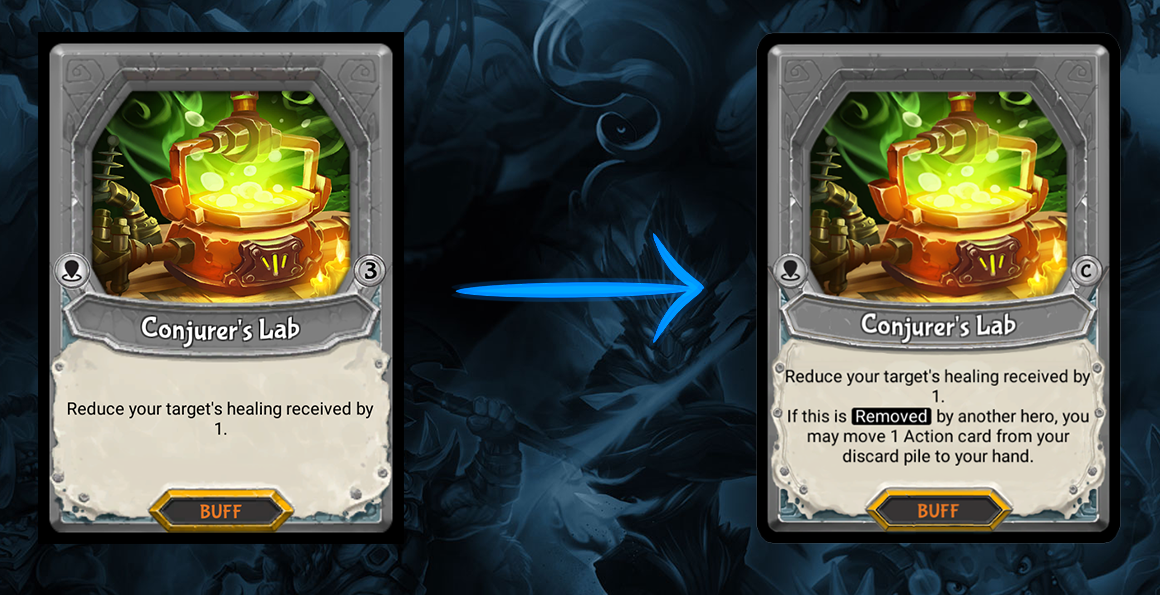 Family Tags were first introduced with the release of Kindred (Wave 3), meaning that Awakening and Mythical were designed without Family Tags in mind. So we have gone back and looked at cards like Droplet (seen below), and sensibly adjusted them to create better synergy with family tags. 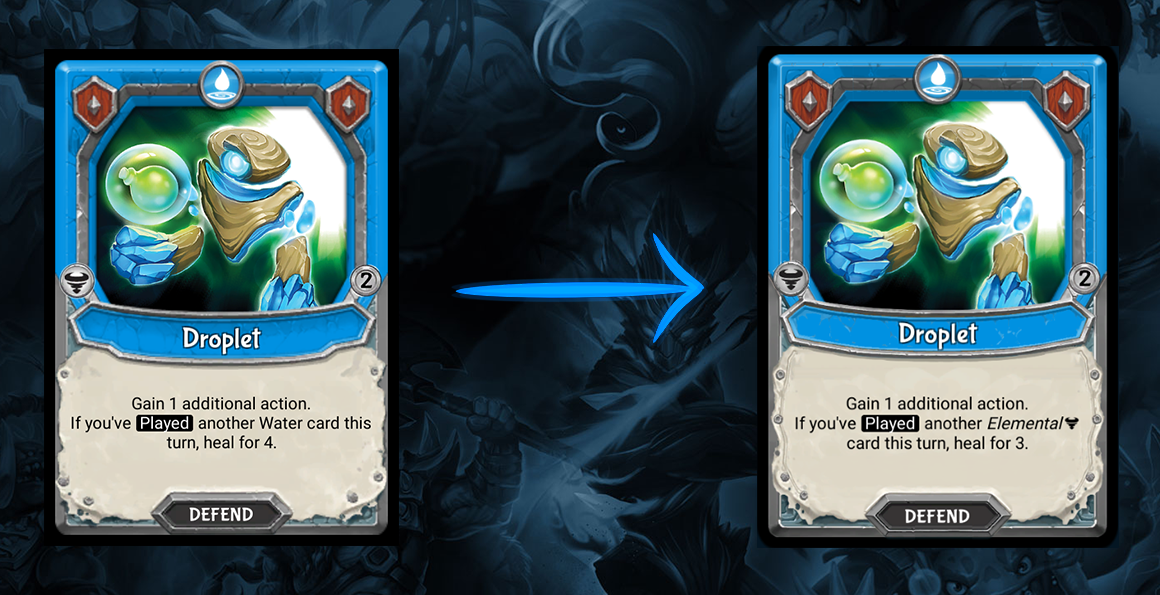 The other major change to Lightseekers is Set Rotation. We’re looking to take a whole new look on what Ranked play is and how it can evolve to create a fresh and fun experience for competitive play. We want to promote diversified play, which links with the card changes we are making above. It’s time to shake things up!

Here’s how it works:

When Wave 5 releases digitally, we will take all of the existing 5 waves and split them into 9 smaller sets. One of these sets will be called the Core Set and will always be included in Ranked Play, while the other 8 sets will be included in a rotation schedule that will occur every 2 months. Each ranked season will still remain 1 month in length, so there will be two ranked seasons within 1 set rotation.

Here’s a handy diagram showing what the first 3 set rotations will look like.

So fret not, we’re not going to completely eliminate your favourite cards; any set will only be out of rotation for 2 months and then it will return.

We’re excited about these changes and cannot wait to see the fresh decks that Lightseekers worldwide put together, again you can find out more on our Developer Insight’s post here. We’re listening to feedback and questions too! Please join our Discord to chat or reach out to us on contact@lightseekers.com to let us know your thoughts.