At the beginning of time, Tantos was formed around the Corestone; the source of all energy in the world. The Corestone created life, with shards of it forming the first race to live on Tantos: the gigantic colossi!

The colossi’s secrets have long been lost to the past, but it is believed their civilisation came to an abrupt and violent end. After decades of war, a catastrophic event destroyed the colossi and tore the planet asunder! Even to this day, the surface of the planet bears remnants of the disaster: a network of deep scars known as the Rift.

Today, there are new races inhabiting Tantos. The colossi may be forgotten, but each of these races have their own struggles, rivalries and legends! For centuries these races have lived in relative peace, but recently everything has started to change. The umbron have arrived.

While the umbron may appear to just be evil beings, obsessed with destruction, whispers tell that they are part of some greater, devastating plan. Little do the inhabitants of Tantos know, but the arrival of the umbron will trigger events that unravel the mysteries of the past, create new legends and shape the planet for centuries to come.

Now is the time to choose your hero, unleash your elemental powers and battle to decide the future of Tantos!

The everok are a strong, stalwart race. Living high in Steadfast Peaks, they are led by a single leader: the Prime Tor, a position which has been held for many centuries by Dolo the Mighty.

Unlike the other Tantosian races, the everok population remains at a fixed number; only when one everok dies will another be born, emerging from a sacred mountain near their home city of Exteria. Furthermore, everok cannot die of old age; only falling in battle or by some accident.

When a new everok is born they are carved to fulfill a role needed in their civilisation, with further carvings in their lifetime extending their skills. Many of the other races consider the everok slow and unintelligent, but some everok have received so many carvings that they are very wise. Of course, by that time they are also very small! 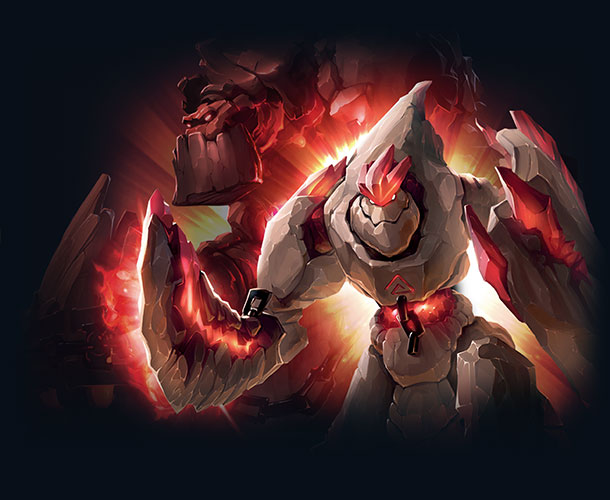 The tyrax are inventors, mechanics and scientists; coming up with machines ranging from battle-ready megaforts to overly complex coffee-makers! Their love for technology is so great that many tyrax even augment their own bodies with magic and machinery!

Three organizations lie at the heart of tyrax civilization: The Academy, the Mechaforce and the Augur. The Academy searches for knowledge, led by Chief Historian Zilia. By contrast, the Mechaforce is the Tyraxian army. Currently fighting the umbron in Dune’s Edge, the Mechaforce’s ranks are filled with high-tech gunners, demolition experts and chrono-warriors!

Lastly, the Augur is an ancient organization devoted to safeguarding against the return of a primeval demon believed by many tyrax to have once terrorised their race. More recently, however, some tyrax are questioning these superstitions and a few individuals are even striving to uncover the truth of their race’s past. 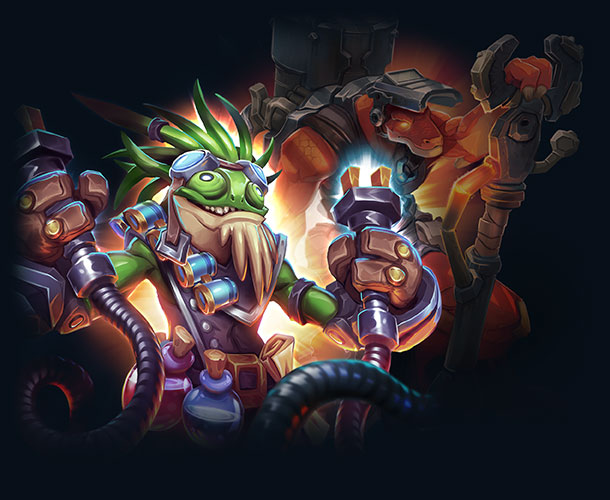 Inherently linked to dark Dread magic, the noxin lust for power and victory. Noble and ruthless, they believe in strength above all else; be it intelligence, physical or magical power, skill in their craft or even just the charisma and trickery to win over an enemy!

The noxin capital city of Sanctuary floats high above Dreadmire; a shining, ethereal beacon in the murk. Full of alchemists, artisans and scholars, Sanctuary is home to the noxin leader, Dreadmaster Valen, accompanied by his trusted group of advisors: the Conclave.

The noxin are viewed by some of the other races with suspicion due to their mysterious and sometimes heartless dispositions. Their relationship with the oakthorn is particularly strained after a long and turbulent history. While some rogue noxin groups will not let the past go forgotten, the noxin are for the most part allied with the peaceful races of Tantos. 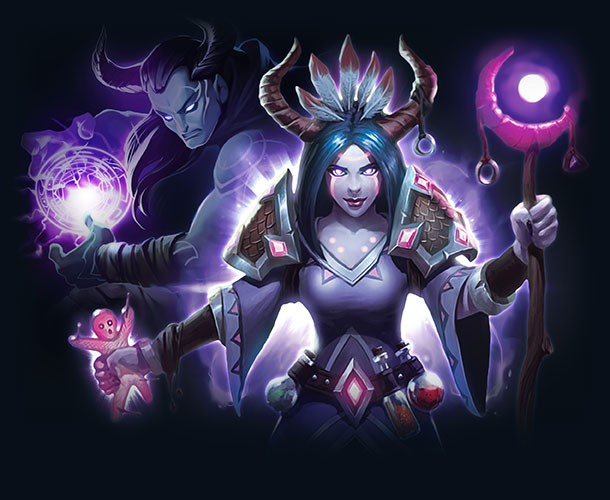 Protectors of the forest, the oakthorn are deeply in tune with nature and Tantos’ many creatures. These living plants are wildly varied, ranging from wise shamans to agile rangers or ferocious warriors. Rather than being born, they are grown from the earth before uprooting as oaklings. Then, as they approach the end of their lives they once again take root, returning to the forest to nurture another generation.

Most oakthorn either belong to the Hallowbark crop, or the Bramblespike crop: two separate oakthorn tribes. Patient and knowledge-seeking, the Hallowbark of Ashwood are the largest crop, and are led by the noble shaman Treanu. By contrast, their Bramblespike counterparts are much more ferocious in nature. Led by the skilled assassin, Scabious Deeproot, the Bramblespike make their home in the wild, overgrown Rainstorm Jungle and are always ready for battle. 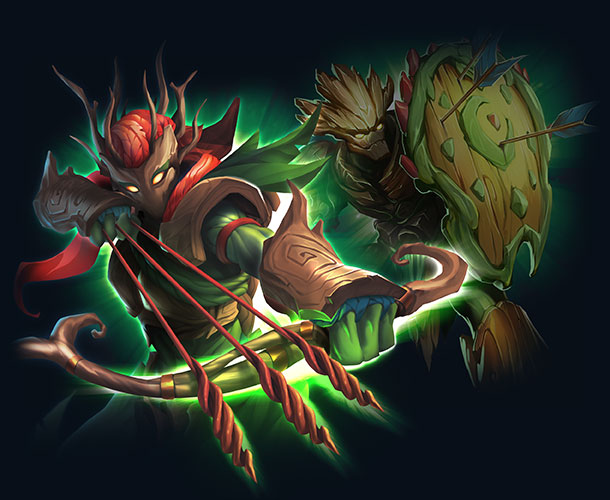 Hailing from the Shimmering Isles, the fun-loving mari are a surprising race. With seemingly no organization they still seem to be able to just get things done, and are unexpectedly effective in battle! Although they may seem cute, the mari fiercely defend their settlements using powerful Storm magic, as well as tamed giant creatures of Tantos!

The mari are crab riders, cloud harvesters and lively bards, but there is one thing they love above all else: a good party! The mari hold regular festivals in honour of the their three Storm spirits: Brini, Oza and Elecu, as well as a long memorial festival commemorating the volcanic eruption that devastated their home centuries ago. They even have an annual party-planning party, to decide who the best party planner is! 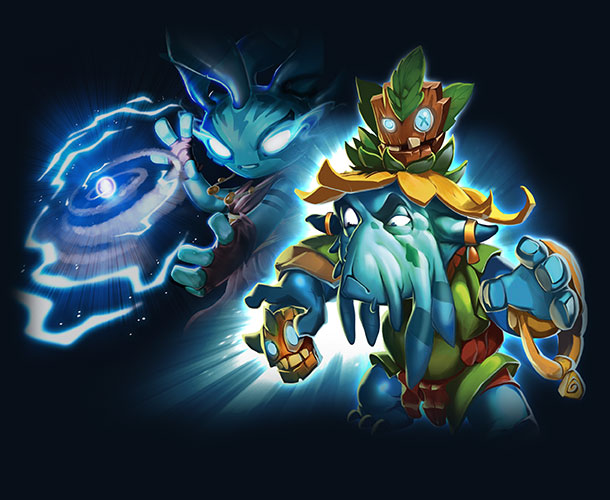 The yikona are an ancient, peaceful race who roam the Starflake Mountains in nomadic tribal groups, all coming together in the great caravan city of Celestia. When decisions need to be made, it is the largest tribe, the Frostrunners who lead the way.

The other races commonly call the yikona ‘star-gazers’, and for good reason. The yikona have a great respect for the sky, drawing much of their power from the sun, moon or stars. They believe in a wide range of spirits who appear as constellations, from Mina the Solar Maiden; a fiery sun spirit who is the source of all Solar magic, to Airpok the Greedy; a rotund seal-like creature who, when appeased, will bring a good harvest.

For the yikona, family and tradition are the most important values in life. Your tribe comes first, above all else, and any yikona who leaves their tribe is viewed with great disdain. 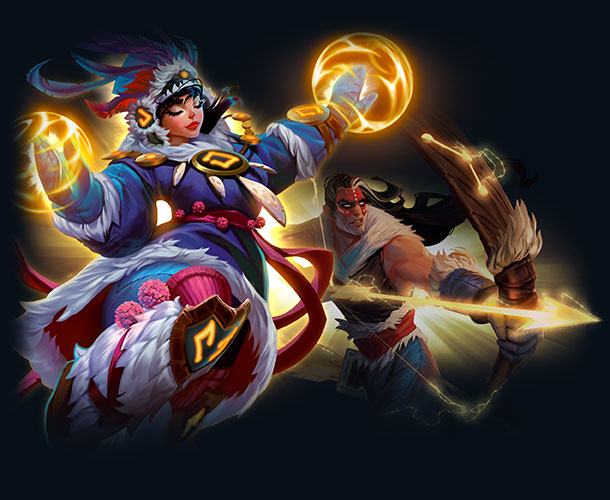 A new sight in Tantos, the umbron are intelligent, cruel and impressively strong. Masters of war and battle, they are the largest threat to all life on the planet. The umbron wield both magic and technology, and their ranks are formed of warriors, commanders, deathlords, even necromancers! Skills to fight everything Tantos has to throw at them in defence.

No one knows the source of the sudden umbron invasion, but they seem to emerge from the Rift; the great scars that run across the surface of Tantos. With no knowledge of what lies within the Rift, the citizens of Tantos can only speculate as to where they are coming from, and what has triggered this influx of destruction. It is said there are ancient legends that speak of the umbron, implying this is not their first visit to the surface, and that their coming foretells even more devastating events to come. 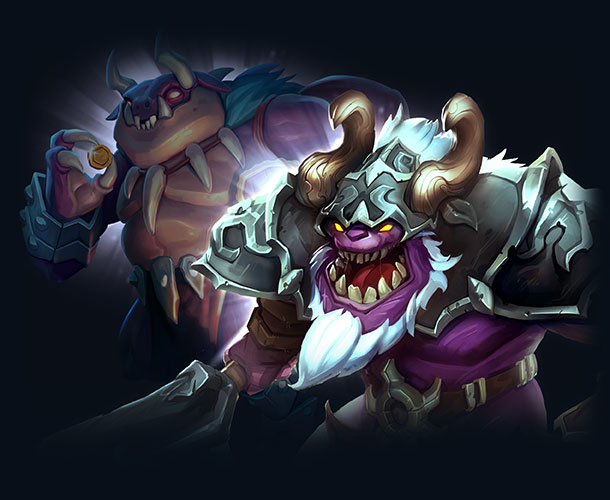 The chimchu come from the forest of Moondell; a peaceful, unspoilt woodland with their capital, Telesta, perched high in the canopy. Led by High Priestess Silverfeather, the chimchu are a notoriously proud, serious race. They very much enjoy the finer things in life; high quality food, materials and company. Many chimchu are traders, artisans and crafters, and take great pride in their skills.

However, the chimchu also feel a strong duty to protect Tantos from those who may harm it, and they yearn to maintain peace for all the friendly races. They have a strong, organized army of warriors, mages and priests ready to tirelessly defend Tantos from any threat.

Alongside the yikona, the chimchu were instrumental in bringing the intelligent races of Tantos together to form the Citadel: the capital city of all the peaceful races on Tantos. 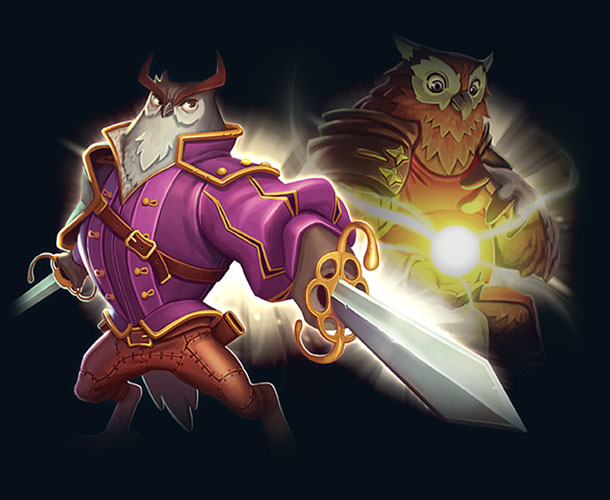 Found all over Tantos, the kreebal are small, angry creatures! Most of their past times include fighting, more fighting, food, food fights, and fighting over sticks or mud they consider valuable!

Pretty much anything you do will provoke a kreebal to violence. You accidentally bumped into them? That means war! You walked into their territory? That’s war! You might have looked in their direction, once? Yep, war. And of course there’s no reasoning with them once they’ve decided to attack!

The kreebal may not be bright, but what they lack in intelligence they make up for in numbers and sheer determination! This was demonstrated in their two-hundred-year war against the everok. Although the kreebal were defeated, they were relentless in throwing  hundreds and hundreds of troops at the everok defences. While it didn’t amount to much, at least it showed their courage! 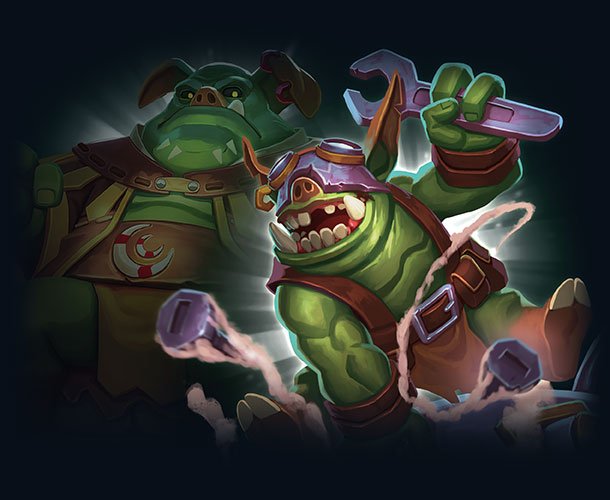