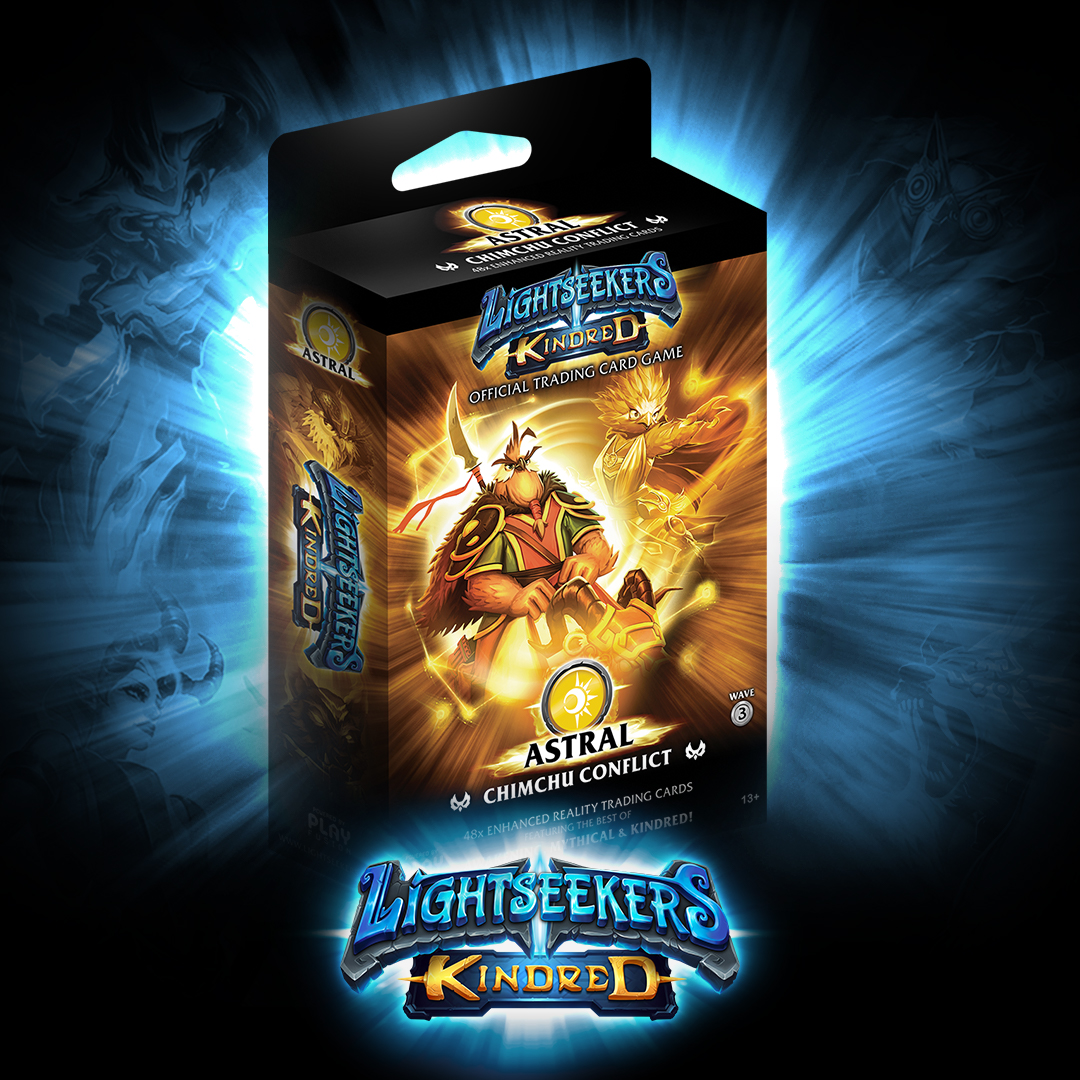 This week, we’re going to be kicking off the Kindred reveals season with a look at the first of our new pre-constructed decks, ‘Chimchu Conflict’. Led by the new hero, Star Tamer Calak, who is only available within this deck, it features a whole range of Chimchu cards both old and new. 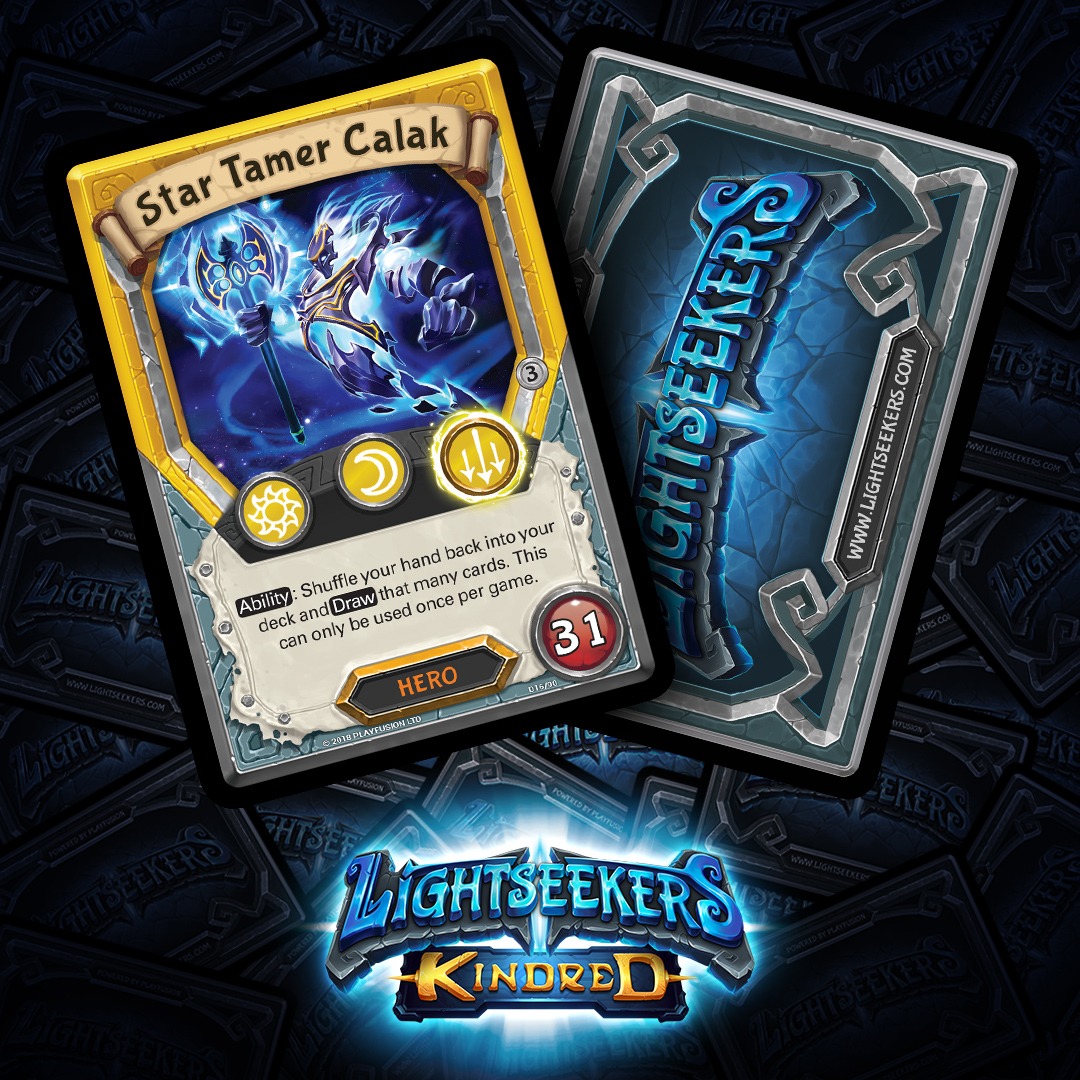 With a high starting health total, Superior access to the Gravity Element, and an interesting new Ability; Star Tamer Calak is a powerful new tool in the arsenal of any Astral deckbuilder. At a cursory glance the benefits of an Ability like Calak’s; if you are unhappy with the cards in your hand you have the chance (one per game) to put them back and try again. When you start to dig deeper though, there are other synergies this Ability offers; such as putting back your Yikona Archaeologist’s to have another chance at drawing them and re-triggering their effect. Perhaps you want to draw a number of cards at once to have a greater chance to triggering the effect of your Flying Fortress whilst simultaneously adding back Defend cards to your deck for it. These are just a couple of the ways that you can find a little bit of extra kick from your use of Calak’s Ability.

We also took the time to consult the Sages and see if there was any lore that they could dig up on Star Tamer Calak. The journey was harrowing but we managed to make it back with this fragment to share:

No star in all of the heavens shone as brightly as Solis. A guiding light for sailors during long and arduous voyages, she protected her people and in turn they worshipped her as a goddess.

As time passed, Solis became distanced from her followers; where once the song of their adoration was greeted with humble joy, pride slowly grew as she craved their worship.
Those who prayed the loudest would be blessed with safe travel; while others whose offerings she found wanting would be left as little more than broken timber upon the shore.
As tears fell for those lost men, Calak found life; a spirit of noble cause, drawn to Solis to see her answer for traitorous deeds.

Upon their meeting, a battle like no other tore across the skies. Oceans raged and swelled, thunder crashed and lightning dug great trenches through the earth.
Days turned to weeks in a battle that seemed to have no end. Realising he could never defeat one that had grown so powerful, Calak drove his mighty axe into the goddess’s chest before thrusting himself upon her blade, in that moment binding the pair in an inseparable embrace.

To this day the pair remain locked in that endless duel, their light guiding all who look upon them.

We’ve got one more card that we’re going to show off in this post today; we couldn’t leave without showing one of the new Chimchu cards. Presenting the Chimchu Commander: 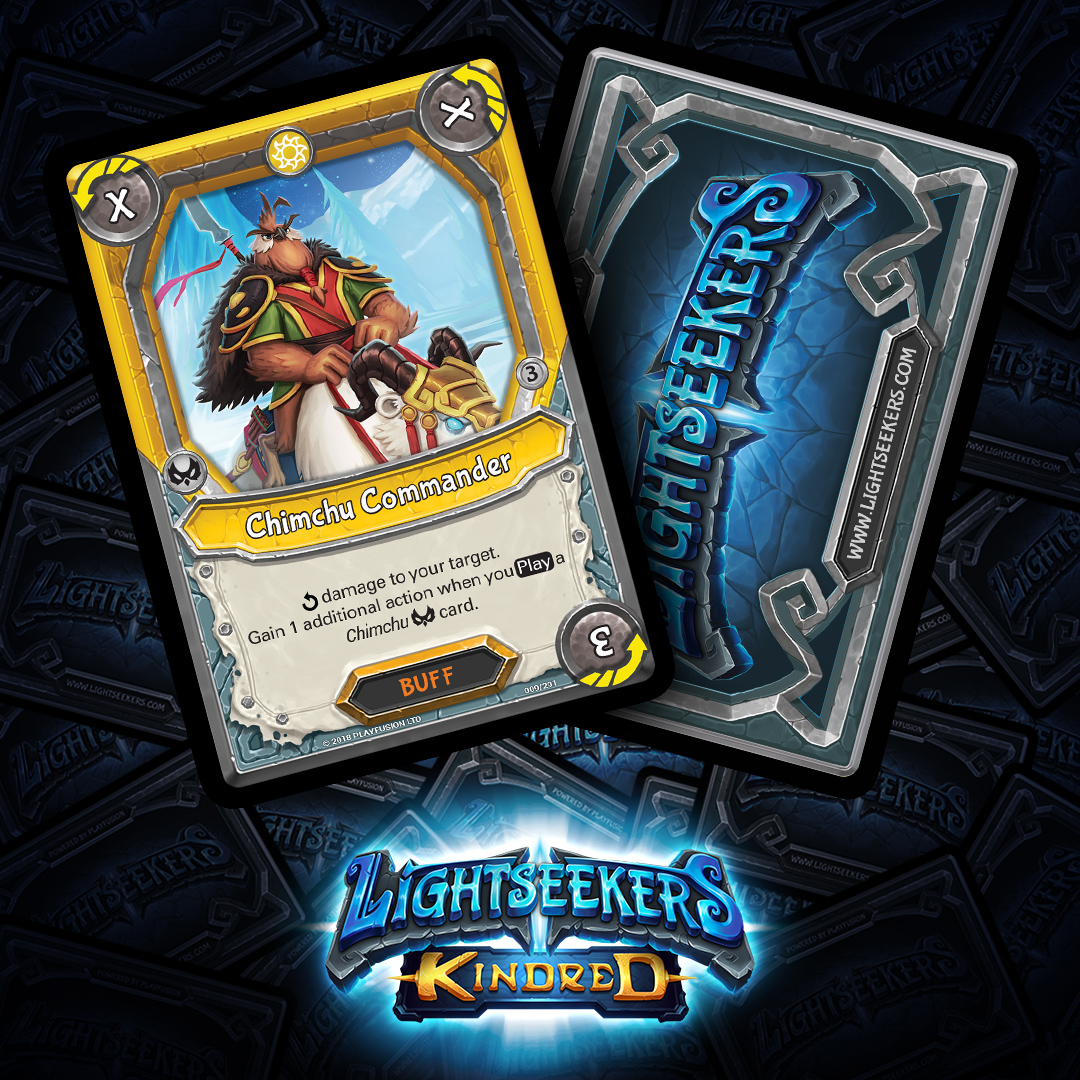 Coming in with a small hit of damage, as well as an exciting effect that rewards you for playing Chimchu cards, the Chimchu Commander is surely a centrepiece of any deck planning on running the Chimchu family. With Chimchu Commander on its third corner, Chimchu Infiltrator allows you to not only get back a card from the Discard Pile but then use the free action to play that card immediately or with Chimchu Lookout you can immediately play one of the cards that it draws you. There’s also a few new Chimchu that we’re sure the Chimchu Commander can… command coming in Kindred.

We’re also going to include the decklist for the deck – a lot of the cards are going to be familiar coming from Awakening and Mythical, but the others… you’re just going to have to wait and see for those! We’ll have more Kindred spoilers here over the coming days – as well as from the community, so make sure to keep an eye out.

Discuss this further on the forums