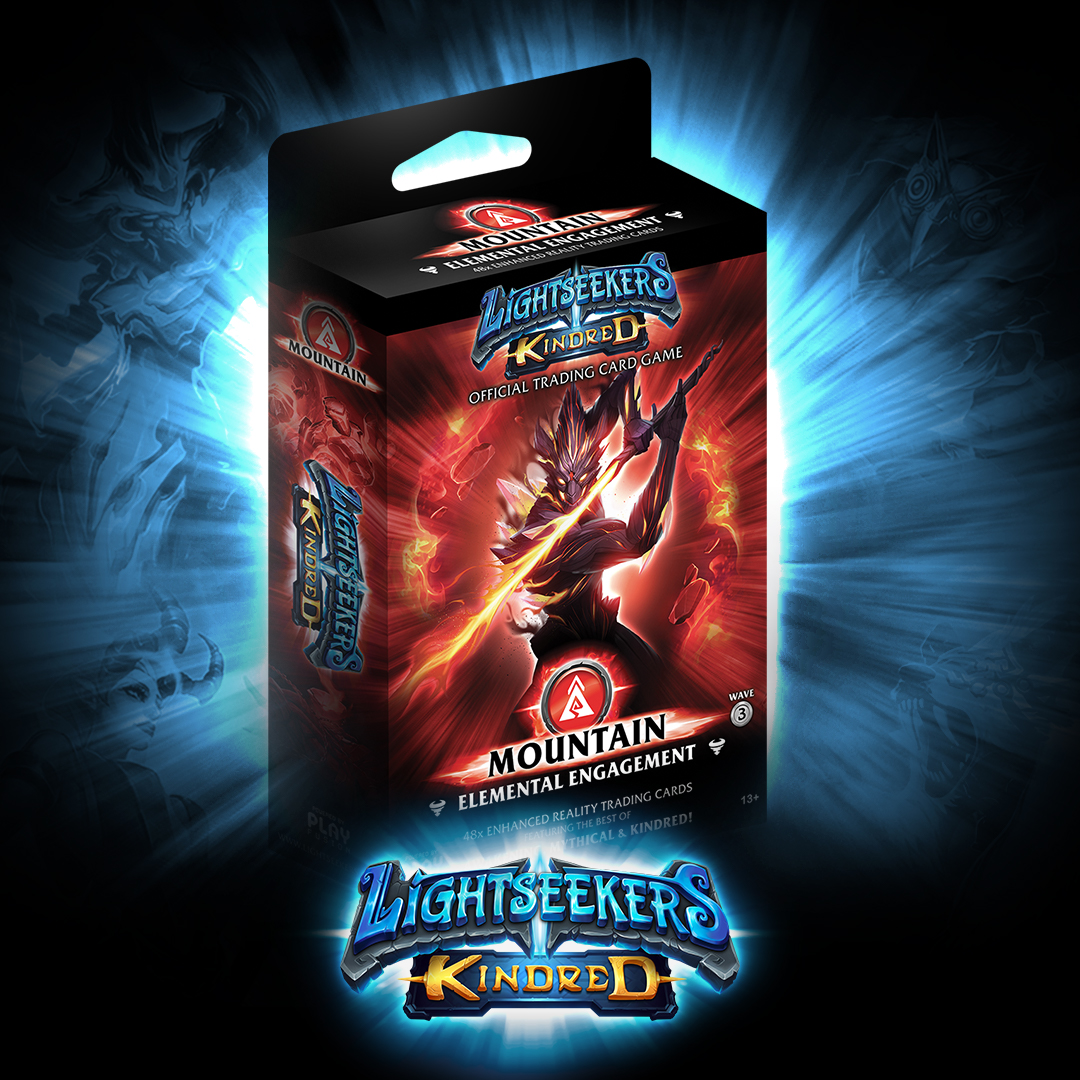 This week we’re going to be looking at the last new deck that comes out alongside Kindred, for Mountain we have, Elemental Engagement. At the forefront of this group is the vengeful oakthorn, Cinderbranch; who can only be found in this deck: 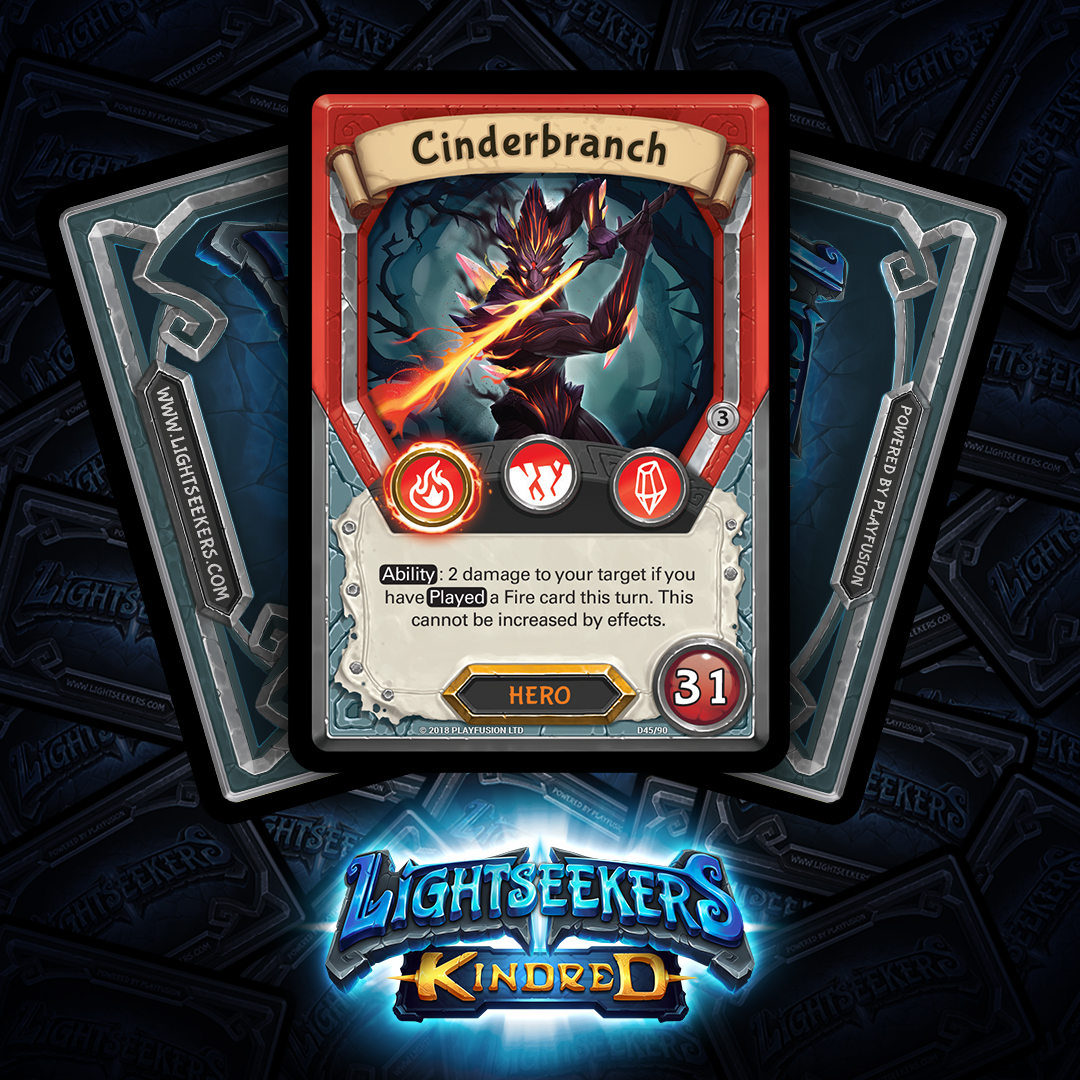 Sporting a very nice 31 Health, along with the damage heavy Superior Element in Fire, Cinderbranch is not only prepared to take hits, but slug them out with the best of them. Alongside this, his Ability encourages you to be laying down damage with your Fire cards, then following it up with additional damage. Whether it be an Attack card like Flame Bat, a Defend card like Molten Swimmer or even a Buff card like Magma Worm, any of these will enable you to ‘fire off’ Cinderbranch’s Ability for an additional 2 points of damage. Of course, there are quite a few different Fire cards that are present in the Elemental Engagement deck right out of the box, but with how broad the criteria is to fulfill his Ability we don’t think you’ll have trouble finding cards to swap in from Kindred (or any of the older sets)!

Despite his fearsome appearance, we managed to convince our Sages to get some research done on Cinderbranch, and here is the story they brought us back:

Thousands of voices had been silenced in a matter of hours. So few able to escape the imminent threat; watching as the flames consumed all of those that had called this place home. Ancient trees residing here since the first days of this world, powerless to break from the roots that dug so deeply, now lost forever.

Stumbling through the smoke it came, neither forest nor flame, but something tangled between the two. In the same way as its physical form sat in uneasy alliance, so too did its subconscious, veering quickly from burning rage to profound, all-encompassing sorrow.

What had become of this place? Surely this is not how it had always been? Searching its memory for answers, it found nothing but deep, unshaking, anger. “Who am I? Where am I?” The answers, lost in the pit of its mind.

The lost soul stretched out its palm, grasping at the ashen remains of a once great oak, the touch reducing what had remained to nothing more than cinders. Pulling away, it took a moment. The bright white ash, a stark contrast against the charcoal black of its own skin; skin now covered in deep, jagged scores that revealed a core of roaring heat.

Onward it travelled. As the final glimmers of daylight faded, the lost soul continued. It would not stop for rest or thirst. Its only desire, the hope of finding someone or something to guide its journey, to help recover all that had been lost.

Coming to a sudden halt, it spotted something; the scorched head of an axe, still shining in the moonlight, buried deep within a tree’s severed trunk.

Then it struck. A flood of searing rage and the memory of what had happened in this place. A horde of cruel beasts cutting and burning their way through these once beautiful lands. Their weapons of war destroying everything they fell upon; whether tree or oakthorn, their ruthless response had been swift.

For a fleeting second he saw them; his brothers and sisters falling in defence of this sacred land. Their numbers too few to stem the tide of such an unstoppable force. Where were their reinforcements? Where was the Warden? Defence of these lands was the duty he had sworn. He should have been here leading the charge, falling by their side.

Had he truly fallen? If so, what now stood in his place? Looking upon his charred and broken husk, he felt neither alive nor dead; an entity lost between two worlds.

If he was to be damned, then he would find meaning in this new life. He would become vengeance for this once great land.

All who had a hand in what happened here would be held to account. Whether umbron or oakthorn, they would answer for their sins.

As per the usual, we’ve got one more card to share with you today, a card that plays very nicely with the Elemental Family; the Colossi Gateway: 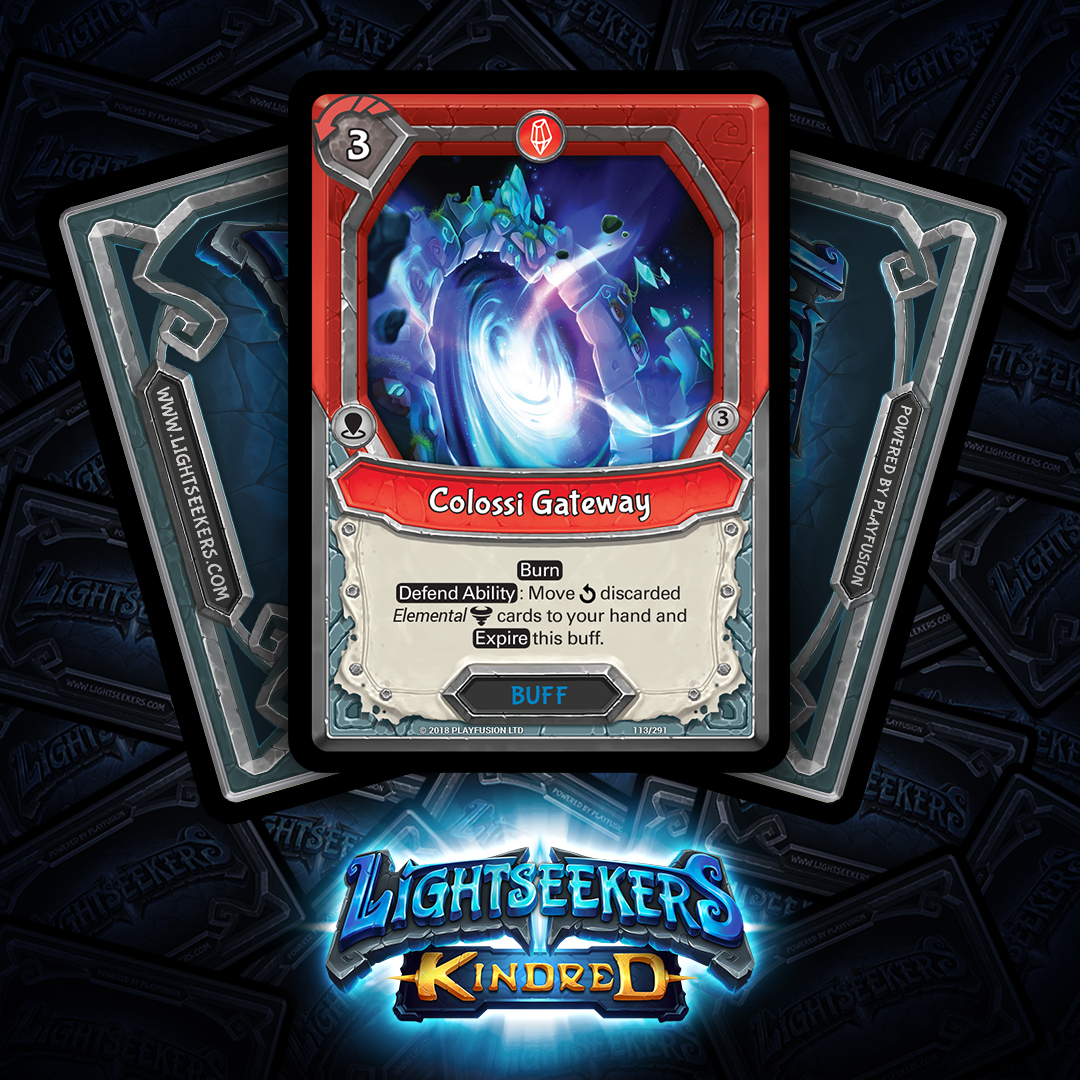 Included here is the decklist for Elemental Engagement – we’ll have more Elemental spoilers over the next few days before our newspost on Thursday covering the last Family in Kindred: Locations.

Discuss this further in the forums!