Welcome to the third Dev Insight article where we take a deep dive into some of the upcoming card changes. This time, we are going to look at Family support.

When we released the game’s third wave, Kindred, we also introduced cards that interact with ‘Families’. The game currently contains ten Families:

There are a few things we want to look at in regards to Families. First of all, since we didn’t introduce Family support until wave 3, we have two full waves (including the massive one that was Awakening) completely without this support. Second, we will be splitting Waves 1 to 5 into 9 smaller Sets.

In case you’ve forgotten about this (or not read the first article), let’s do a quick recap: The entirety of the existing card pool plus all-new cards coming in with Wave 5 will be divided into smaller Sets. There will be one ‘Core Set’ and eight numbered Sets. This is primarily important for those who are playing Ranked. At any given time in Ranked, you will be able to use cards from the Core Set and five of the eight numbered Sets.

Each Set is relatively small, compared to our existing Waves. They range from about 130 to 140 cards each, with Core only containing about 70 cards.

As the Sets change, we want to make sure that Family synergies don’t fall apart.

Going forward, each Order have been given one primary Family that it interacts with, along with at least one secondary Family. The primary Family should have enough support cards to ideally be valid regardless of which Sets are currently in Ranked. The secondary Family will have slightly less support. In some cases, the secondary family will have specific Sets that are more dedicated to them, but some of the support cards will still be spread out a bit, in order to provide variety based on which Sets are currently available in Ranked. Some Family support will still exist outside of the “primary and secondary” Families. For example, Kreebal will continue to be supported in all Orders.

Let’s take a look at each Order individually. But, before we get started, it should be made clear that what is shown below are not all the changes being made. More related cards will have changed than what is shown here, which will be shown in a future post!

Astral’s primary Family will be Chimchu, with the secondary Family being Beasts.

While Chimchu exist outside of Astral, they do so in very small quantities, so this has always been a fairly difficult Family to build decks around (at least anything but Chimchu Commander decks). We wanted to provide some better generic support for this Family, so have redesigned a few cards to add more support: 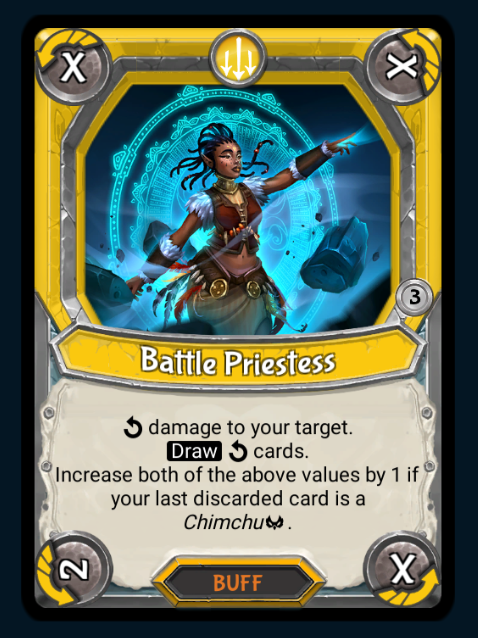 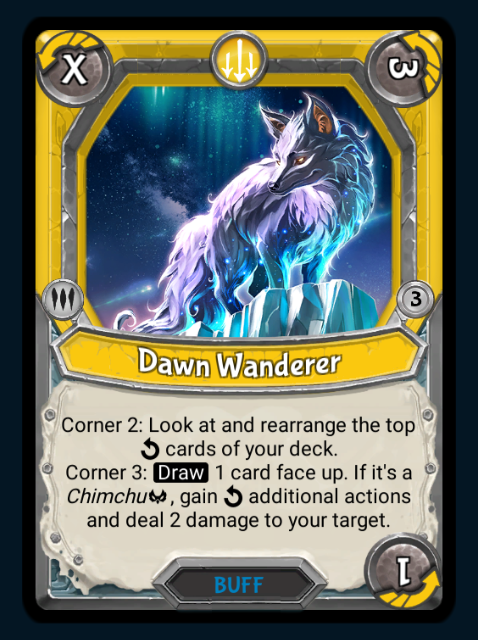 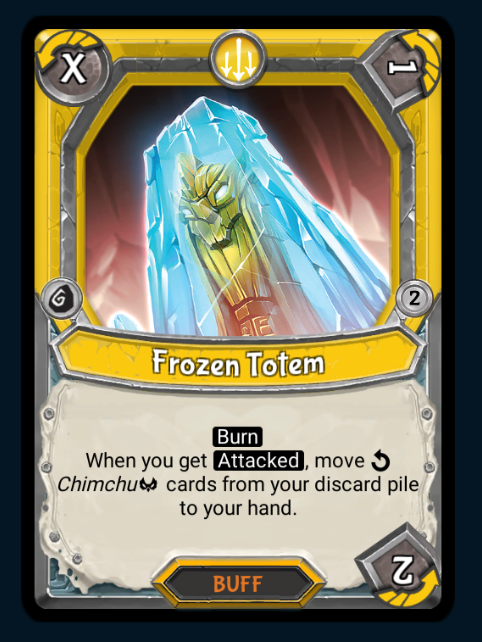 Beasts are one of the games most widespread Families, so we have not dedicated a specific Set to this.

Dread’s primary Family will be Undead, with the secondary Family being Umbron. Similar to Chimchu, the number of Undead outside of Dread has always been relatively low. Wave 5 will bring in a lot of new cards for Undead, but we have also tweaked a few older cards: 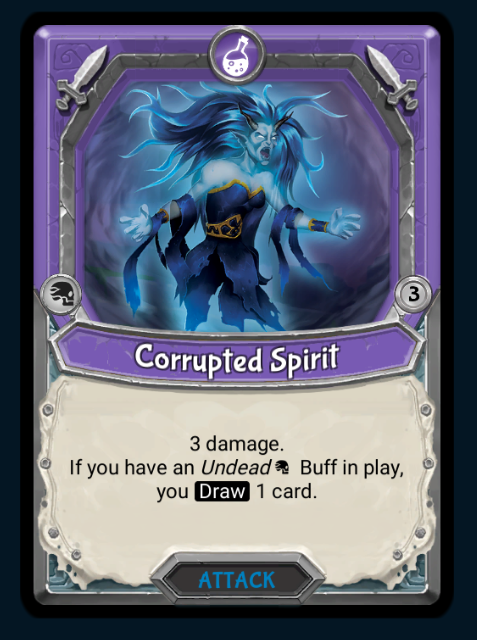 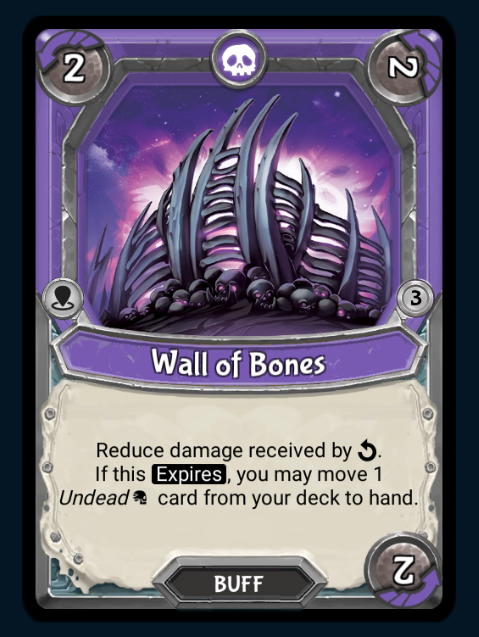 These two cards touch on a couple of other topics that are worth mentioning here. Corrupted Spirit may just look like a nerf (and it is), but you will find that this is consistent to what we’ve done with many other cards that strayed just above their target value (for example, Chrono Moth has also changed). Wall of Bones is part of a rework we’ve done to a number of damage reduction cards, which we will talk about separately.

When it comes to Umbron, this is another Family that has relatively low support outside of Dread. Because of this, we have chosen to put a lot of Umbron emphasis on a specific Set; namely Set 8. We have also taken the opportunity to give Umbron Sergeant a little bump: 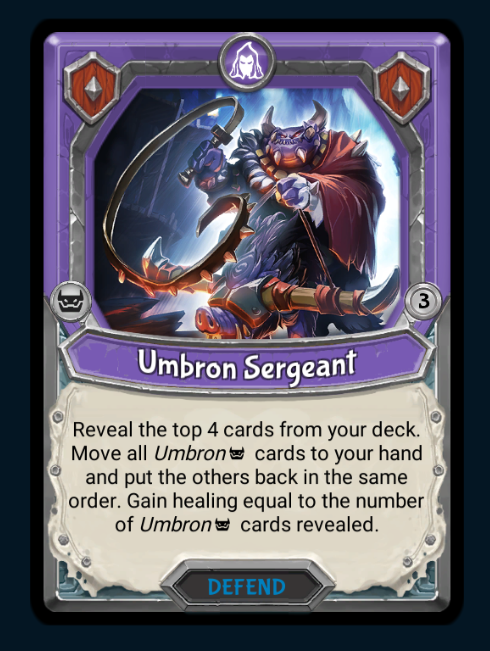 Mountain’s primary Family will be Elementals, with the secondary Family being Locations.

Elementals are already a pretty widespread Family in Lightseekers, but Mountain itself has been relatively lackluster on its own support, outside of the ever-popular Lava Tamer. So you’ll find that quite a few cards have changed to better support Elementals within Mountain, along with a few tweaks to existing support cards: 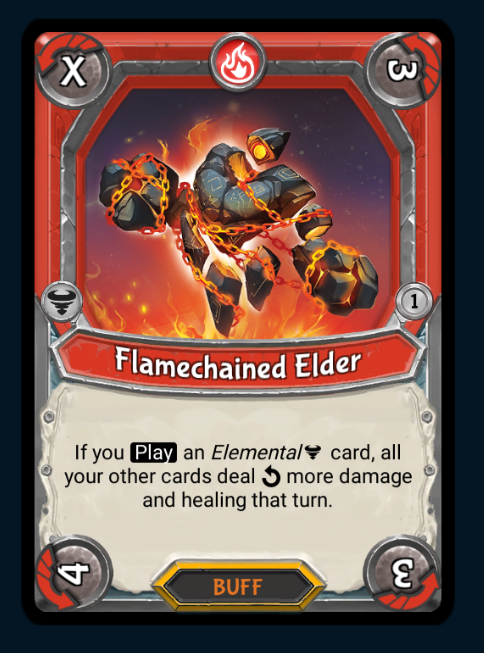 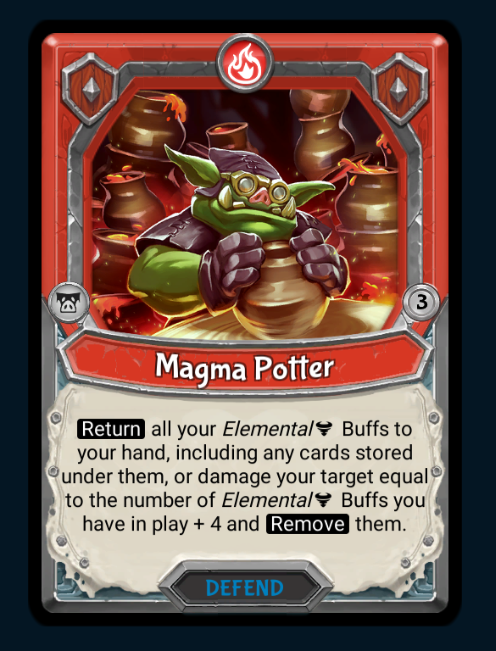 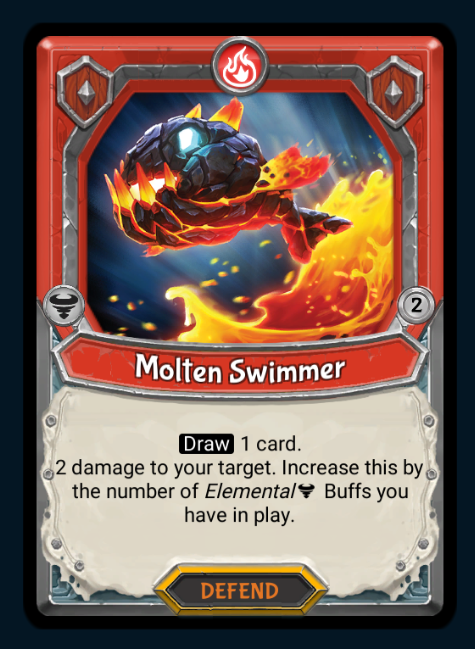 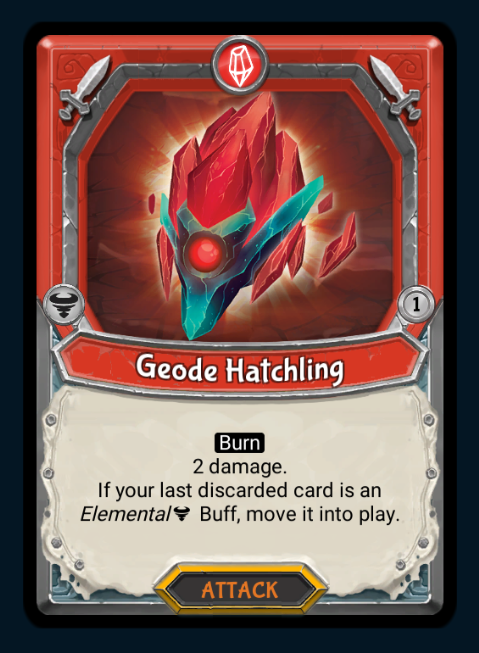 Locations is also a Family that appears in a lot of Orders, and has a lot of cards within it. However, it’s always been a fairly difficult Family to build win conditions around. While that isn’t necessarily changing drastically, we have tried to group some of the support cards within a few different Sets,  along with tweaking a few cards that interact with Locations. 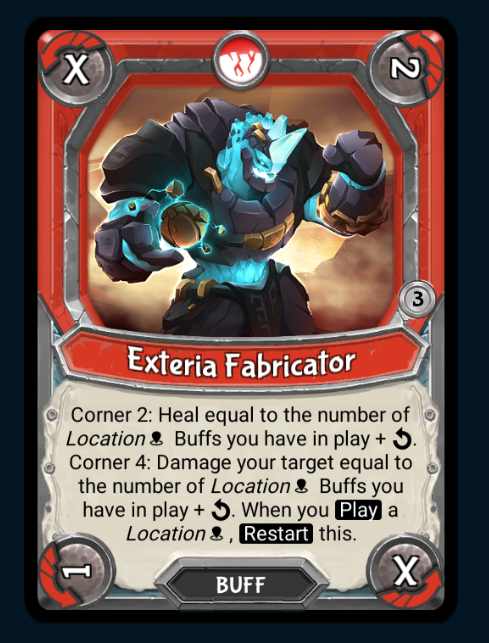 Nature’s primary Family will be Insectoid, with the secondary Family being Beasts.

Insectoid is yet another Family that is relatively uncommon outside of its primary Order. The choice of Insectoid cards will certainly broaden with the release of Wave 5, but we’ve also made sure to add some more variety in support through a few complete card redesigns, along improving what existing support we had: 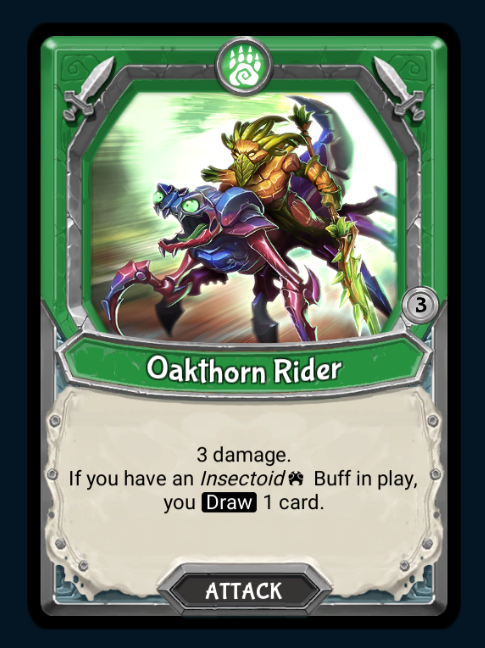 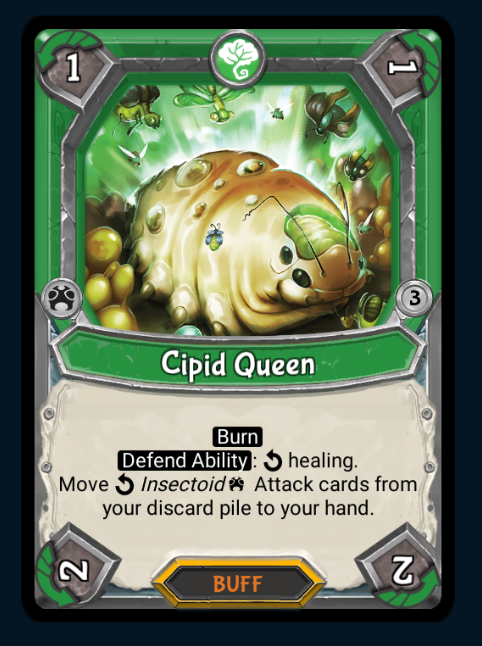 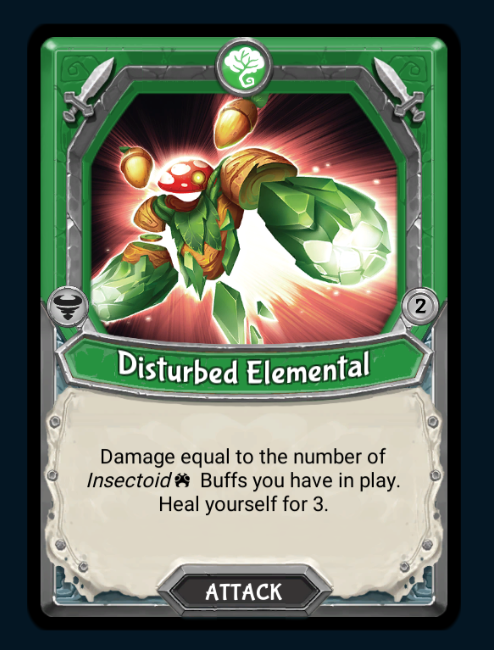 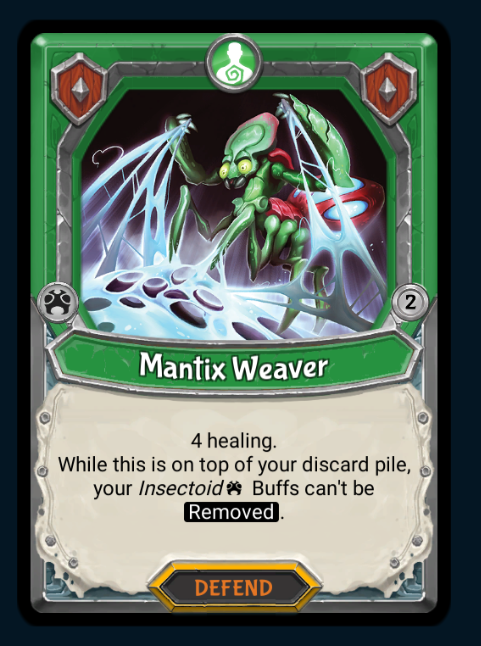 Beasts, as already mentioned, are pretty well supported across the entire game, so we haven’t felt the need to overly focus Nature’s Beast cards into any particular Set. However, they have always been lacking support from Heroes within Nature. To take steps towards rectifying this, as you may already have seen, we have redesigned one of our older Heroes: 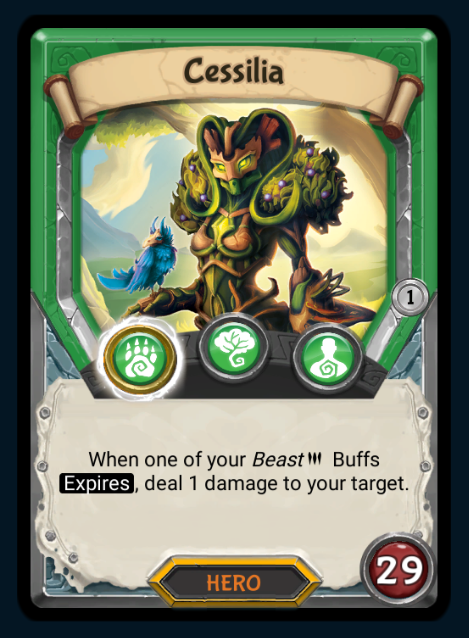 Storm’s primary Family will be Elementals, with the secondary Family being Beasts. Elementals are already fairly well-represented across the game, so the changes we’ve made within Storm itself are relatively minor, just to add a few more choices for Elemental synergies: 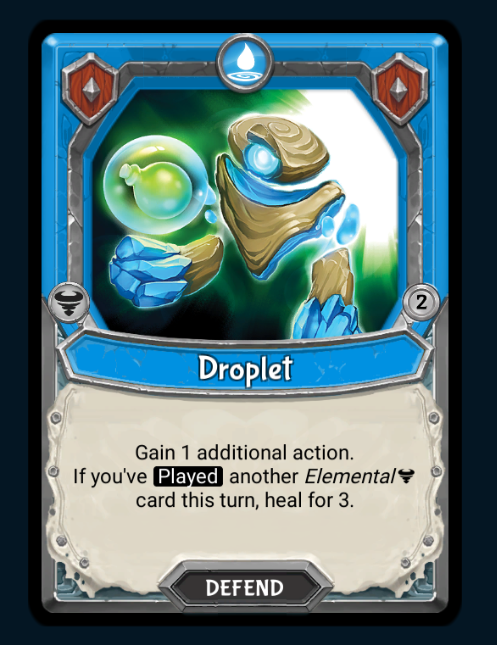 Beasts, as covered twice already, are also well supported, so we haven’t felt the need to change any old cards for this reason or push them into any particular Set.

Tech’s primarily Family will be Robots, with the secondary Family being Machines.

Tech has always felt a bit split in its attention towards Robots and Machines, so in order to make Robots feel properly supported, we’ve had to adjust and even redesign quite a few cards here: 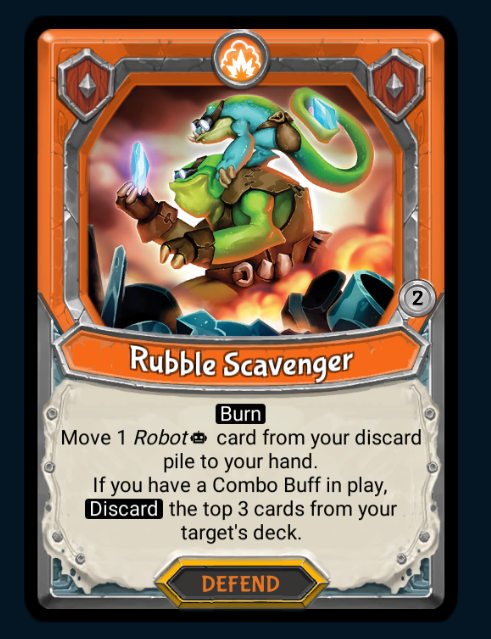 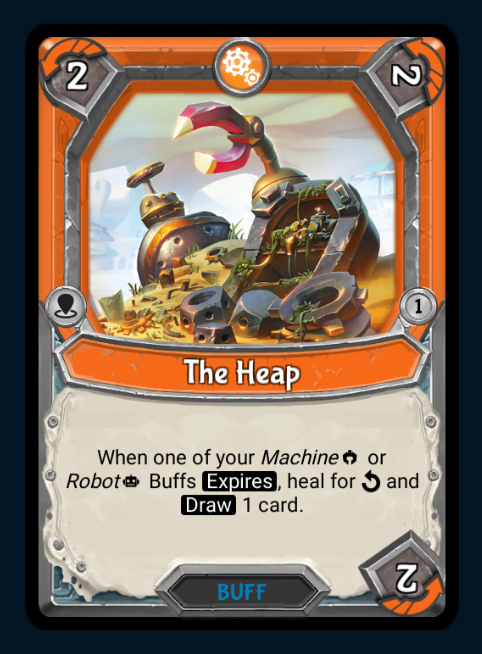 Machines, while pretty central to Tech, are somewhat similar to Locations in that they have never really been a Family you build broad win conditions around. So they also do not have a particular Set they are being focused on, but have received a few more support cards (as you can also see in The Heap above). 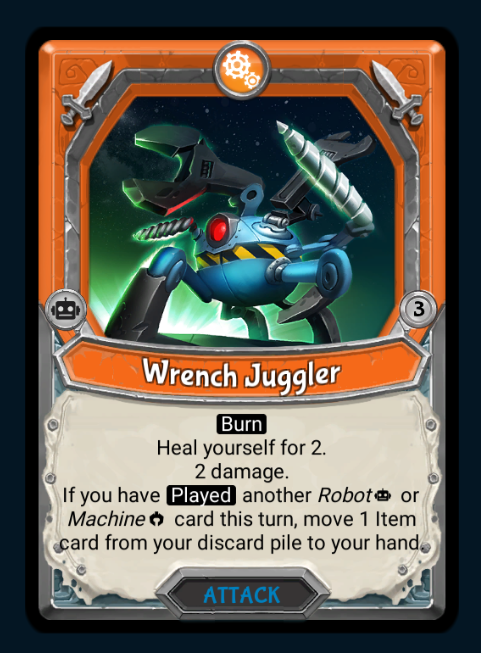 With the release of Uprising, Kreebal became our first family that received support within each of the six Orders. However, as this is only a theme within a single Wave, the choice of Kreebal hasn’t been as great as it can be. To help make Kreebal decks into a more viable thing, Wave 5 will be bringing in some more Kreebal cards (as already seen in some of our Battle Packs), and we have also adjusted some of the older Kreebal support cards that didn’t feel like they quite achieved what we wanted them to. Also, due to the restricted selection, Order specific Kreebal and their support cards will primarily be found in Set 6. 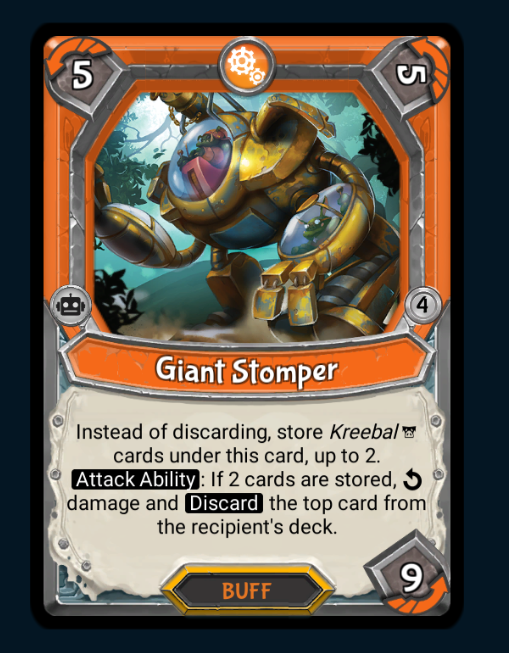