We know you have been waiting for news from us, and today we can finally bring a monumental update to you. We’ve been working hard behind the scenes on what the future of Lightseekers looks like, and now we can share that with all of you.

Our latest expansion, Uprising will be releasing both Physically and Digitally. The digital release of Lightseekers will release early May, and this is going to include all of the new Uprising cards AND 2 massive new modes AND full joycon support for Nintendo Switch.

We’re proud to announce that we are bringing a brand new single-player Adventure to Lightseekers. This massive, completely free story-driven mode will launch alongside the Uprising digital release, bringing a mammoth set of content to you when Uprising launches in May.

And that isn’t all, we’re also bringing Draft Mode to Lightseekers in the same release. Pick your Hero, draft your decks from random cards and challenge opponents all over the world!

We’ll spotlight each of those new features of Lightseekers digital soon, but let’s talk about the physical version of Uprising. 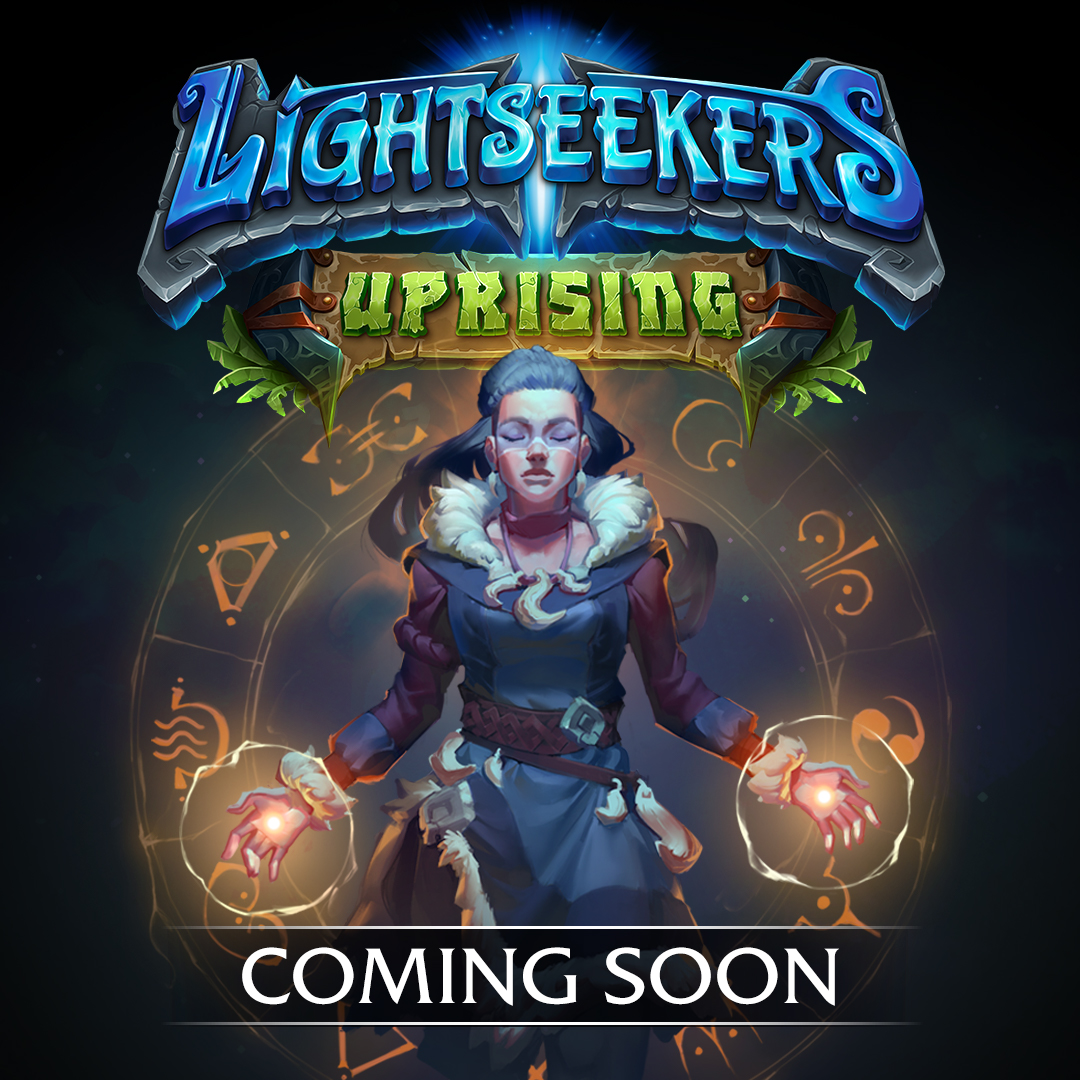 This is scheduled for release on Friday, June 28th. This is later than the digital version of Uprising, and considerably later than we wanted it to be. We had a promise to keep to you and we had to take some tricky decisions to make in order to keep that promise:

We’ve moved to self-distribution. We couldn’t find a conventional distribution channel that worked for us, so we will be selling directly through Amazon to make sure we can reach all our players quickly, wherever they are in the world.

Uprising now includes Rift Pack 2 and the Core Box. Some of you eagle-eyed players will have noticed that our Uprising reveals initially listed 130 cards, and now are listing 202 cards, this is because we have merged our Core Box and our Rift Pack 2 releases into Uprising, meaning that there are now 202 cards in the Uprising set.

We considered every option, but we love this game and want to see it thrive. With the Gold Events raging on and the upcoming player invitationals, bringing Uprising to you all will see new decks and refreshed tactics leading into the next competitive season.

We thank you all for your patience over the last couple of months and we can’t wait to see you all enjoy our new content!

Make sure to keep up to date with all things Lightseekers via our Reddit and Discord channel.