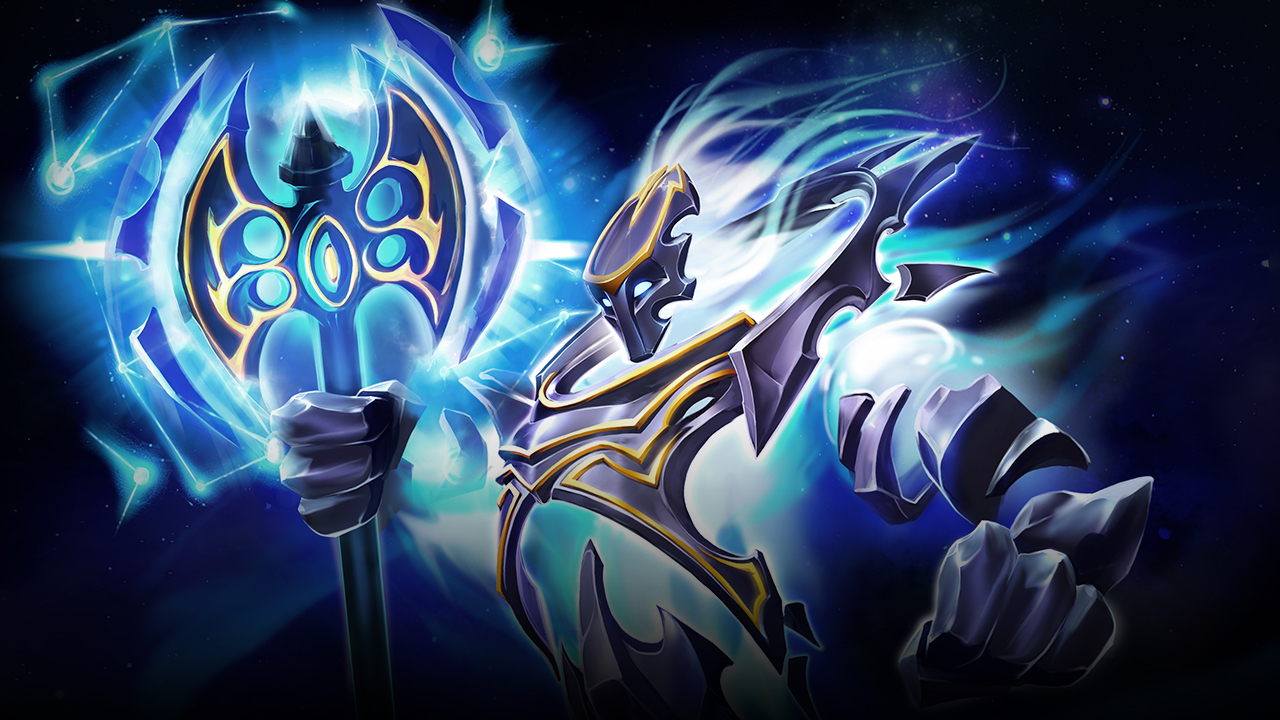 No star in all of the heavens shone as brightly as Solis. A guiding light for sailors during long and arduous voyages, she protected her people and in turn they worshipped her as a goddess.

As time passed, Solis became distanced from her followers; where once the song of their adoration was greeted with humble joy, pride slowly grew as she craved their worship.

Those who prayed the loudest would be blessed with safe travel; while others whose offerings she found wanting would be left as little more than broken timber upon the shore.

As tears fell for those lost men, Calak found life; a spirit of noble cause, drawn to Solis to see her answer for traitorous deeds.

Upon their meeting, a battle like no other tore across the skies. Oceans raged and swelled, thunder crashed and lightning dug great trenches through the earth.

Days turned to weeks in a battle that seemed to have no end. Realising he could never defeat one that had grown so powerful, Calak drove his mighty axe into the goddess’s chest before thrusting himself upon her blade, in that moment binding the pair in an inseparable embrace.

To this day the pair remain locked in that endless duel, their light guiding all who look upon them.