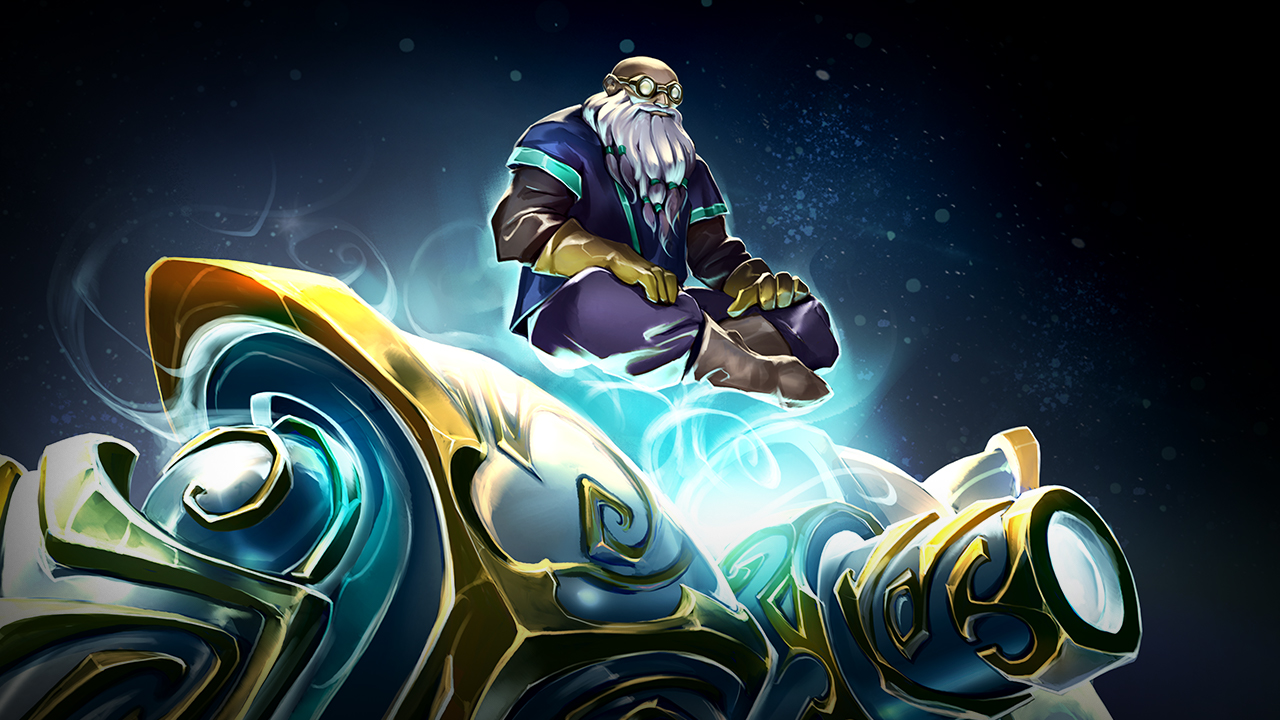 “Five minutes” The man grunted as he paced back and forth atop the tranquil observatory, before returning his attention to the heavens, what should have been a clear star-filled night had in the last few minutes become layered with a dense patch of clouds.

The inventor; lost in thought removed his thick goggles, before breathing on their scratch laden lenses, and wiping each upon his robes. This wouldn’t do! The last three thousand eight hundred and sixty-two days had been building towards this very moment, and now these clouds dared to try and throw his work into disarray, well he would see about that!

The Grand Architect’s workshop was a nonsensical jumble, a mass of mechanical components and tools littered the work surfaces. All around, walls and even the ceiling were adorned with intricate sketches of gadgets and other unidentifiable objects, several of which could now be found around this very room.

Scurrying down from his observatory atop the great workshop the old inventor began feverishly searching through the mess of a room.

“Where is it?” he grumbled to himself. “I know it’s here somewhere.”

Dashing back across the room, he seized at a huge metallic draw with both hands. With gritted teeth and a loud exhalation, he tore the bulky fitting from its place in the workbench, scattering junk across the already chaotic workshop floor.

“There it is!” He yelped with excitement, clutching at a small glowing orb, as it hit the floor with a solid thud.

Orb in hand, Halvar charged back across the workshop, stopping for a brief moment at a cabinet. Wrenching the doors open, he grabbed another contraption, this one a mess of cables and metal sheets that ended in a thick silver muzzle.

“Not much time. Come on, come on.” The old man muttered as he rushed back towards the tight circular staircase that lead to the top of the observatory. Bursting through the doorway and without missing a beat he threw the invention to the floor and dropped the orb into it. Flipping back one of the panels revealed a plethora of buttons and switches.

With a flurry of quick, experienced motions the Grand Architect awoke the machine before it coughed out a cloud of thick black smoke and fell silent once more. Again he ran his fingers across the buttons and switches, each once pushed in order, only to once more be presented with a billow of smoke and an agonizing silence.

Standing back to look at the lifeless device, the old man calmly removed his goggles, before taking a deep breath that clouded up their lenses. With a sudden and ferocious explosion of rage Halvar’s foot crashed into the gadget which instantly roared to life, firing the glowing sphere high into the sky.

As the orb disappeared into the clouds, a brilliant flash of light erupted from deep within its core, momentarily turning night to day. As the light dulled, Halvar shifted his focus back to the heavens. Where once the stars had been impossible to see, they now shone with life and a moon that appeared unusually vast.

The smile that ran across the man’s face was unmissable, but he had no time to bathe in his success. Hurrying over to the observatories giant telescope he began to work a giant wheel that ran around the circumference of the tower. Slowly the great star-gazer started to move, a high pitched squeal cutting through the silence of the night, as the tower shifted for the first time in many years. With several more heavy cycles of the wheel, the tower came to rest, its focus centered on the moon.

Pulling at a long, intricate chain Halvar removed a timepiece from his pocket, counting down the seconds. “Five, four, three, two, one.”

As the final words left his lips the light from the full moon suddenly dulled as a large object began to block its path.

“Yes!” he shouted, punching the sky with uncontrollable excitement, “I told you!” His voice carrying across the barren plateau that ran for miles around.

Hurrying over to the telescope the architect pulled on a long lever jutting from its inner workings. With a satisfying thump, the thick lens that adorned the end of the device fell out of place, shattering to a million pieces upon impact with the desert floor. In its place, a sizeable pulsing stone emerged, the rate of the light that escaped the rock growing faster by the second.

As the Lightstone locked into place, the eclipse reached its zenith. A soft ring of moonlight emanating from the skies overhead, throbbing as if synchronized with the mystical jewel.

Halvar took a breath as the world around him slowed, years of research building to this very moment. In an instant, an immense beam of energy exploded from the moon towards the waiting Lightstone, as if it were feeding upon its very lifeforce. The power ran through the rock and down, deep into the heart of the old architect’s workshop. Then as the great unknown planet continued its journey across the moon, it was over.

Rushing to the doorway and throwing it open a broad smile broke cross Halvar’s face as he became bathed in light.