Duel of the Deep 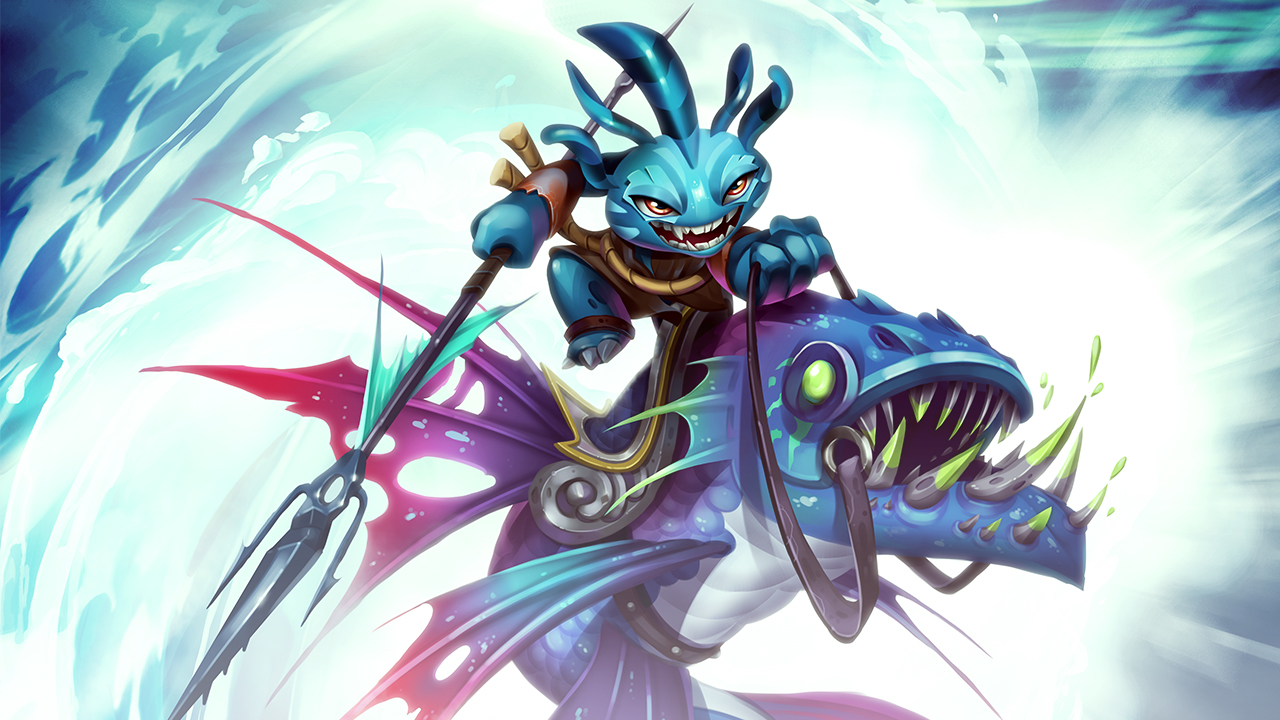 Aspray of fresh ocean water struck Nemi’s face, as once again he found himself plunging deep below the waves. His battle with the animal had been a glorious one, spanning both day and night.

The great poison-fang, cut through the ocean with deathly speed, weaving from left to right, in its attempt to escape the stubborn mari. These beasts were known for their violent temperament and venomous bite, but this poison-fang in particular, had grown to legendary status.

Over the years many had tried to capture the creature; whether hunting for an unmatched trophy or purely with the desire to make some quick coin, none had been successful. Nemi, on the other hand, had plans of his own for the creature.

Driving his knees into the fish’s spine, he attempted to stabilise his position with little success. Banking quickly to its right the mammoth fish sent the stubborn hunter crashing into a delicate coral reef, sending smaller sealife scattering in the sudden flurry of excitement.

Pulling the trident that adorned his back from its sheath Nemi slowly took aim. He didn’t have long, in a few moments time his prey would be out of range, but if he didn’t aim carefully, he risked damaging the prize.

Holding his breath for a moment, he sent the weapon carving through the water, towards its target, a trail of rope dangling in its wake. His aim was without fault, the trident piercing the thin membrane of one of the animal’s fins.

A jet of bubbles escaped the fish’s mouth, as it unleashed a silent roar, bringing it to an abrupt halt. Swinging back towards its attacker, the poison-fang revealed how it earned its name, glistening beads of thick, venomous liquid began to excrete from its razor-sharp teeth. This venom was known to be so strong one drop would instantly incapacitate even the largest of Tantos’ inhabitants; such desirable properties had lead to vials of the sought after liquid fetching a high price on the Citadel’s underground market, by assassins and other nefarious types.

Then suddenly and without warning, it burst into action, making a charge towards the defenceless mari.

Nemi watched on as the creature; once desperate to escape, now rushed at him with one clear intention. His eyes tracked the magnificent beast as it darted from left to right, growing closer by the second; his hand and waist wrapped tightly around the line that now bound the pair.

Seconds before impact Nemi leapt from the edge of the coral outcrop, diving towards the seabed. His dive pulled the rope tight and jolted the monsters fin, causing the wild beast to collide with the reef; the impact sending broken shards of coral in all directions.

Tugging on the cord, Nemi began to pull the fish towards himself, hand over hand he fought against it, as it thrashed and snapped; tangling itself more by the second.

Finally, the creature was within arm’s reach once more. Mustering the last of his strength, Nemi threw himself upon the beast and pulled his spear from its fin in one swift movement. Lunging forward and narrowly missing the venomous fangs he locked the trident into the recesses of the creature’s mouth.

Drawing himself close to the fish, he clasped one side of the spear in each hand, as if locked in some violent embrace. Then removing a blade from his ankle, he cut through the rope that bound the poison-fang’s movement.

Its recovery was instantaneous, filled with energy the poison-fang burst forward, again looking to displace the mari hunter. This time, however, Nemi was ready for its reaction, tugging back hard on his weapon, he took control of the animal’s movement, steering it towards the ocean’s surface.

Breaking the crest of a wave; the pair emerged upon the ocean’s surface, neither able to fight any longer.

“A good fight.” The hunter croaked, coughing up a throat of cold salty water, as his hand found its place on the animal’s snout. Kicking his legs softly, against his new mount; the creature slowly began its long journey back to shore.

“Good girl. Tonight we rest, for tomorrow, with your help the real hunt begins!”